Abierto Books & Ephemera is a collection of books and associated memorabilia assembled over the past 50 plus years. Areas of specialization include Native Peoples literature, material culture and art, esoterica, and vintage books in the fields of science, natural history, metaphysics, and religion. We are an online only bookstore but can be available by appointment if you are in the Las Vegas area and there is a particular book you wish to see.

On line bookseller specializing in, but not limited to, Western Americana, Anthropology/Archaeology, & Age of Exploration.

We offer a selection of rare, out-of-print, used, and collectible books, prints, and ephemera.

Christison Rare Books operates as a mail order business, based in Port Elizabeth. We are members of IOBA and SABDA. Whereas we stock thousands of books on a wide variety of subjects, our focus has always been on SE Africa - its peoples, wildlife and history. The store is managed by Lindsay Christison. Although we do not run an open book shop, prospective customers who would like to examine items described in our on-line list of stock are welcome to make an appointment. 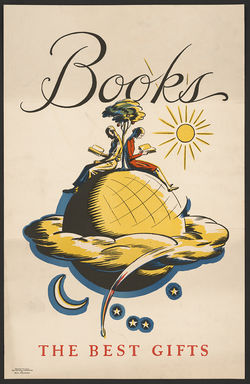 At Collettes Books we specialize in scarce, vintage, out-of-print, and collectible titles in anthropology, archaeology, history, the environmental sciences, and Western Americana.

The home of pre-loved books. Fact & Fiction operates as a online bookshop. We are based in Pietermaritzburg, KwaZulu-Natal, South Africa. Although we do not run an open book shop, prospective customers who would like to examine available books, are welcome to make an appointment.

All shipments, international and local, are tracked via courier services. The same fees apply for all items < 5kg delivered in South Africa. Add multiple books to your order and save.

I carry a general stock of approx 70000 titles of which only a small percentage is online. Viewing at my Ashmore bookrooms is welcome by appointment. While not specializing I have a good selection of art, natural history, military and surfing in stock. I also have many other non-fiction subjects, as well as approx 10000 paperback fiction titles on hand.

Collectable, scholarly, and rare books concentrating on the anthropology, archaeology, and history of Middle America.

We specialize in anthropology, archaeology, general natural history and art related books, books, journals and monographs. Started the book business in 1980 with an open store, we are now on-line only with our stock in a warehouse. We ship around the world and cross town and use USPS media mail and priority or first class.

Portico Librerias, established in 1945, is a bookshop specialising in Humanities. We publish bibliographic catalogues which are sent to Scholars and Institutions all over the world.

Sutton Books has been offering used, rare and out-of-print academic books for 20 years, dealing exclusively over the Internet. We pride ourselves on quality stock, courteous responses to our customers, excellent packing and fast turnaround of all orders. The proprietors travel extensively and have bases both in the USA and the UK. We take a special interest in religion and theology but all subjects interest us deeply, and we aim to provide needed resources to our clients, mainly scholars, travellers, and libraries.. We are delighted to search for unusual items -- in England on behalf of American customers and in the USA on behalf of European clients.

Text Exchange specializes in academic books with an emphasis on history, politics, cultural studies and anthropology. If you are interested in theoretical texts or critical studies in a variety of disciplines, our store is for you! We also carry a large number of out of print and first edition texts, including art monographs and catalogues. Text Exchange also offers books in a variety of languages including Spanish, Swedish, German and others.

We are a secondhand and antiquarian bookshop, and We specialize in out of print and scarce books across many areas and subjects including American history, general history, English literature, literary criticism, music, natural history, politics, sociology, anthropology & motoring.

Small Online Bookseller - started as a hobby. Enjoy giving old rare books a new home where they will be properly cared for and appreciated. Try to only sell books in very good condition, rarely offer lesser books. We love what we do!

Zubal Books has been the leader in scholarly and rare books since 1961. We purchase individual books as well as entire libraries.

Search within Bookstores Specializing in Anthropology