"I have spent many delightful hours poring over the . . . lists of second-hand booksellers. . . . All these are redolent of romance. They are much more entertaining than half the novels that are written." -W. Somerset Maugham. Auldfarran Books, whose name is taken from an antique Anglo-Scots word meaning "having the sagacity of age," or "wise beyond one's years," is a professional antiquarian and secondhand bookseller (since 1993), and member of the International Association of Online Booksellers, dedicated to the ancient proposition that reading is good for you and, to that end, the enhancement of readers' and collectors' libraries (and even the development of libraries' libraries). Whether you're a voracious, moderate or casual reader, or even if you believe (in the words of Anthony Burgess) "there's no better reason for not reading a book than owning it," we encourage your inquiries and special search requests. E-mail is the best way to get in touch with us. 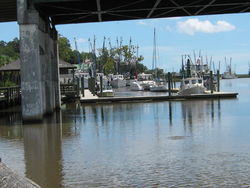 Books About The South

BOOKS ABOUT THE SOUTH is located on the Georgia Coast in Darien, Georgia's second oldest city. I specialize in books from the Civil War Period through the 20th century from and about the entire Southern Region of the United States, with a special interest in Georgia History.

Search within Bookstores Specializing in Georgiana