We are living in the Pacific Northwest U.S., ship from Sequim, Washington. Though we do not specialize in any genre at this time, I was the librarian for my husband, Patrick's Native American Indian Tribe, for 8 years, so this is a special field of interest.

Blue Heron Books sells exclusively on-line and specializes in non-fiction and collectible books which for the most part are used but in premium condition.

eclectic inventory with antiquarian and modern, fiction and nonfiction

Established 1971 and recognized world-wide as specialists in the Religions of the World, Mythology, Theology, Alchemy and associated esoteric subjects. Stock ranges from the 16th century to modern volumes of quality.

Your New Age and Metaphysical Bookstore!

Meraki Metaphysical seeks out metaphysical books and tools that we recommend to our clients interested in greater spiritual development. Our listings also include art and gardening, nature and environmental and other titles and items we believe our audience may find of interest.

We are a Mom and Pop brick and mortar shop in the heart of downtown Laramie, Wyoming. We strive for quality titles at reasonable prices. Open Everyday 7am-9pm. 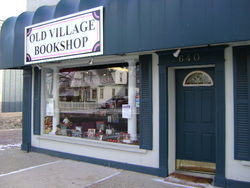 Squirreled Away Books is a new, used & rare bookstore in the heart of Michigan's thumb. All of our items are individually appraised, described, photographed and stored on-site so they can ship out fast! We're fiercely independent and fairly wacky, but we're always serious about the books.

Selling an array of unique, collectible books in various genres.

Wyrdhoard Books is web-based bookstore, specializing in the esoteric, the occult, and the metaphysical. Wyrdhoard's range of subject categories, however, extends into all areas. 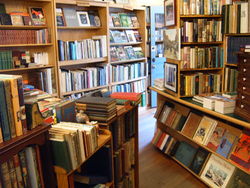 Yellow House Books was opened in 1991 in an appropriately yellow house on Main Street in Great Barrington, Massachusetts. We are part of a growing community of used and rare book dealers in southern Berkshire County, taking advantage of the abundance of books to be had in the area. When we first opened, our small size led us to develop habits of rigorous selectively that have not left us now that we have grown from two rooms to three; we still look for the most interesting books in the best possible condition. A few of our areas of special interest are quite extensive. Childrens illustrated books occupy the better part of our second room, with older collectibles on one side and more recent non-collectibles on the other; adults browse one side, children the other. Our art and photography sections are extensive, filling four large bookcases in the front room, and are also distributed on shelves beside and behind the front counter. Additionally, our interest in music has led us to develop a music section characterized by an abundance of sheet music, songbooks, and books relating to most areas of music from classical to folk to jazz. We are, therefore, a small general shop of about 10,000 volumes with some well-developed specialties. Hours: We are open every day from 10:30 to 5:30, Sundays from 12:00 to 5:00.

Search within Bookstores Specializing in Metaphysical