Description:
Here are stories of men and women caught up in the drama of a big war. It is the story of the young marine who falls madly in love with a beautiful Tonkinese girls. It is the story of Nurse Mellie and her French planter, Emile De Becque. But mostly it is the story of soldiers, sailors, and nurses playing at war and waiting for love in a tropic paradise.
Item Price
$3.07
$10.76 shipping to USA 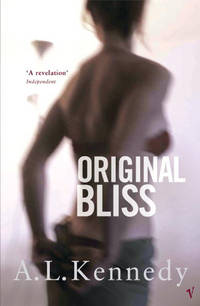 Description:
'Kennedy explores the dark byways and cul-de-sacs of love. She turns her clear, clever prose unflinchingly on jealousy, perversion and tangled desire. But she is sympathetic as she is sharp in her observations and profound in her thinking.' - Kit Spring, Observer
Item Price
$7.30
$10.76 shipping to USA 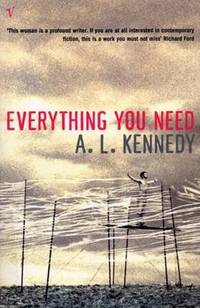 Description:
Nathan Staples is consumed by loathing and love in roughly equal measures. He is sustained only by his passionate devotion for his estranged wife, Maura, and their teenage daughter, Mary - whom he hasn't seen in 15 years, and who thinks he's dead. When Nathan contrives to have Mary invited to the island where he lives in retreat, he sets in motion the possibility of telling her he is her father, and becoming complete again. The path to grace, however, is strewn with obstacles. The obsessive island-dwellers are truy to cure themselves through trial by extremity, while in London, Nathan's editor, only friend and one link with literary career, is drinking himself into the ground. And Mary herself is torn between familial love for the two uncles who brought her up in loco parentis, and the beginnings of a romantic, sexual life beyond.
Item Price
$8.45
$10.76 shipping to USA 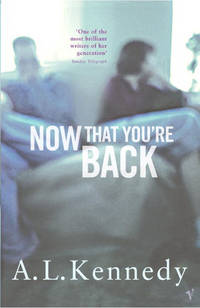 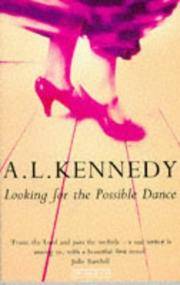 Description:
'This beautiful novel is the story of Margaret and the two men in her life: her father, who brought her up and Colin, lover...A tender, moving story, punctuated by flashes of comedy and one climatic moment of appalling violence.' -Literary Review
Item Price
$7.30
$10.76 shipping to USA 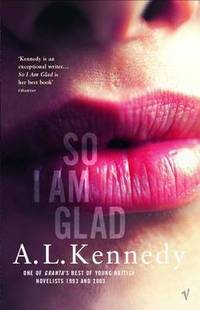 Description:
A dark romance of unspoken desires, unspeakable perversions and the possibilities of love.
Item Price
$7.30
$10.76 shipping to USA

Description:
Five years after the end of WWII, former RAF airman and tailgunner Alfie Day finds himself working as an extra on a POW film. What he will discover on the set about himself, his loves, and the world around him will make the war itself look simple.
Item Price
$7.30
$10.76 shipping to USA 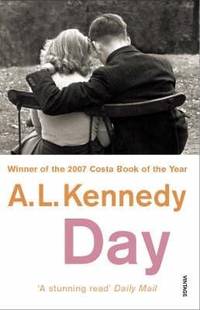 Description:
Five years after the end of WWII, former RAF airman and tail gunner Alfie Day finds himself working as an extra on a POW film. What he will discover on the set about himself, his loves, and the world around him will make the war itself look simple.
Item Price
$7.30
$10.76 shipping to USA 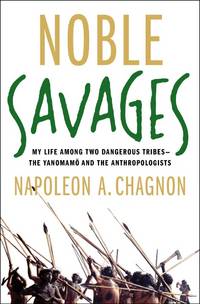 Description:
'Noble Savages is Napoleon Chagnon's equal-time response to the libels that were piled upon him by reckless journalists and irresponsible colleagues. For those who followed the debate it is a welcome summary and for those who did not it is a brilliant introduction to the innocent nobility of the fierce Yanomamo and the pettry savagery of the mean-minded savants who saw their outworn ideologies under attack. Chagnon has always himself a fighter, and this book is his final knockout punch in a fight he didn't pick but has most assuredly won.' -Robin Fox, University Professor of Social Theory, Rutgers University
Item Price
$15.37
$10.76 shipping to USA

Description:
The author provides a biography of Steiner and an overview of his work. 222 pages.
Item Price
$9.22
$10.76 shipping to USA

Description:
Peppered with lively stories, literary references, and pithy observations on the emerging culture and future development of the Dominion of Canada, this 19th century travelogue is a remarkable and authentic slice of history. 256 pages.
Item Price
$7.30
$10.76 shipping to USA 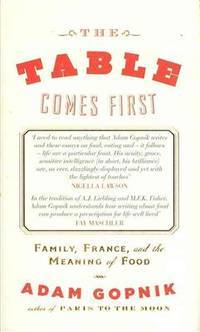 Description:
The author takes us on a journey in search of the meaning of food in our lives as he charts our recent and rapid evolution from commendably aware eaters to manic-compulsive gastronomes. It is journey that begins in 18th century France - the birthplace of our modern tastes and the restaurant - carries us to the molecular Meccas of Barcelona and delves into the most burning questions of our time.
Item Price
$9.22
$10.76 shipping to USA 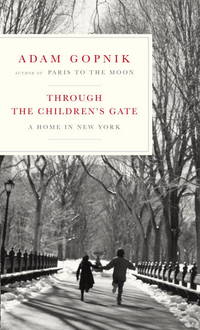 Description:
Not long after his return to New York City from Paris, the fabric of living is rent by the events of 9/11, but like a magic garment will reweave itself, reviving normalcy in a world where Jewish jokes mingle with debates about the problem of consciousness, the price of real estate, and the meaning of modern art. Along the way, the impermanence and transcendence of life will be embodies in the person of a beloved teacher and coach who, even facing death, radiates a distinctively local light.
Item Price
$9.22
$10.76 shipping to USA 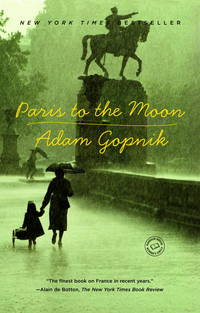 Description:
In 1995, the author, his wife, and their infant son left the familiar comforts and hassles of New York city for the urbane glamour of Paris. In the grand tradition of Stein, Hemingway, Baldwin, and Liebling, Gopnik set out to enjoy the storied existence of an American in Paris - walks down the paths of the Tuileries, philosophical discussions in cafes, and afternoon jaunts to the Musee d'Orsay.
Item Price
$7.30
$10.76 shipping to USA 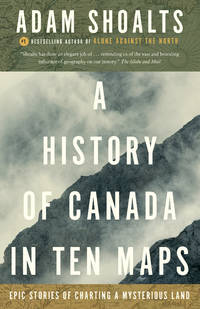 Description:
Every map tells as story. And every map has a purpose - it invites us to go somewhere we've never been. This book conjures the world as it appeared to those who were called upon to map it. The aughor, one of Canada's foremost explorers, tells the stories behind these centuries-old maps, and how they came to shape what became 'Canada.' It brings to life the characters and the bloody disputes that forged our history, by showing us what the world would look like before it entered the history books.
Item Price
$6.15
$10.76 shipping to USA 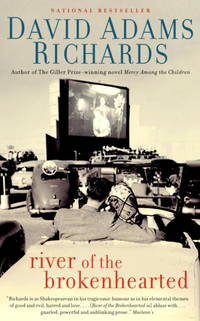 Description:
Spanning generations, this novel explores the life of Janie McLeary - wild-haired fiddle player, stubborn businesswoman, and resolute widowed mother of two - in the early years of the 20th century, and her legacy as it unfolds tragically in the lives of her children, and of her grandchildren.
Item Price
$5.00
$10.76 shipping to USA 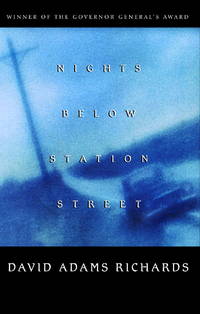 Description:
Richard's novel is a powerful tale of resignation and struggle, fierce loyalties and compassion. This is the first in his acclaimed Miramichi trilogy. Set in a small mill town in northern New Brunswick, it draws us into the lives of a community of people who live there, including: Joe Walsh, isolated and strong in the face of a drinking problem; his wife, Rita, willing to believe the best about people; and their teenage daughter Adele, whose nature is rebellious and wise and whose nature is rebellious and wise and whose love for her father wars with her desire for independence.
Item Price
$5.76
$10.76 shipping to USA

Description:
This is a suspenseful and moving novel, which is both dark and redemptive, devastating and comic. The author's characters, many of who were introduced in the previous novels, are portrayed with subtlety, insight, and affection. They reveal the damage we are capable of causing of causing through misunderstanding and good intentions.This is the conclusion to the trilogy which began with Nights Below Station Street.
Item Price
$5.76
$10.76 shipping to USA 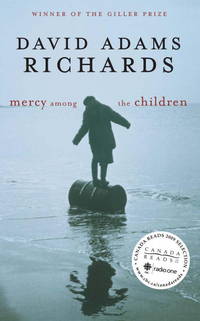 Description:
At the age of 12, Sydney Henderson pushes his friend Connie Devlin from the church roof. Looking down on Connie's motionless body, Sydney believes he is dead. Let Connie live and I will never harm another soul, Sydney vows to God. At that moment, Connie stands up, wipes his bloody nose, and with a laugh, walks away. In the years that follow, the self-educated, brilliant and now almost pathologically gentle Sydney holds true to his promise. Yet others in the small rural community regard Sydney's pacifism as an opportunity to exploit and torment the vulnerable Hendersons. Raised on the books his father has long collected, Sydney's eldest son Lyle shares a deep respect for the power of words. But forced to witness the persecution of those he love,Lyle turns his back on God and literature and adopts a more aggressive strategy for the protection of his family.
Item Price
$8.45
$10.76 shipping to USA