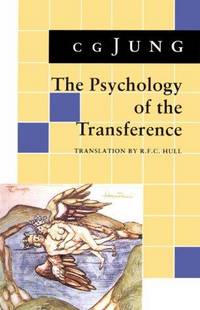 Description:
In this volume, the author has given an authoritative account of his handling of the transference between analyst and patient in the light of his conception of the archetypes and man's inner life, drawing a close parallel between the modern psychotherapeutic process and the symbolical pictures in a 16th century alchemical text, the Rosarium philosophorum. 198 pages. Translated by R F C Hull
Item Price
$10.76
$10.76 shipping to USA 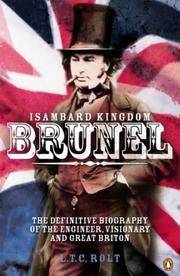 Description:
'Mr Rolt has written an exceptional book, based on original research, temperate, imaginative, truthful, and one in which the influence of family - for Brunel's father, Marc, was of a stature not far short of his son - is given proper weight. Moreover, he has been able to convey the effect of Brunel's force and charm.' -The Times
Item Price
$4.61
$10.76 shipping to USA 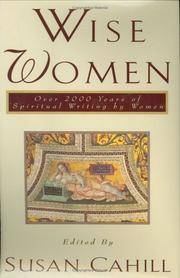 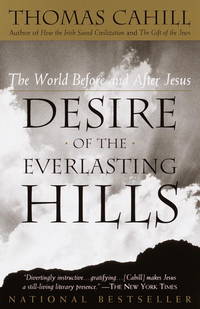 Description:
How did an obscure rabbi and a minor prophet from a backwater of the Roman Empire come to be considered the central figure in Western civilization? Did his influence in fact change the world? With his remarkable ability to bring figures of the past to life in a rounded full-bodied waay, Cahil shows Jesus from his birth to his execution through the eyes of those who knew him and in the context of his time. Here is Jesus the loving friend, itinerant preacher, and quiet revolutionary, whose words and actions inspired his followers to journey throughout the Roman world and speak the truth he instilled.
Item Price
$7.30
$10.76 shipping to USA 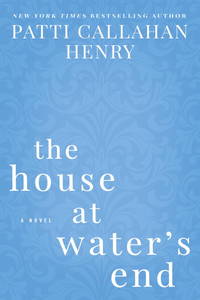 Description:
Bonny Blankenship's most treasured memories are of idyllic summers spent in Watersend, South Carolina, with her best friend, Lainey McKay. Amid the sand dunes and oak trees draped with Spanish moss, they swam and wished for happy-ever-afters, then escaped to the local bookshop to read and whisper in the glorious cool silence. Until the night that changed everything, the night that Lainey's mother disappeared. Now, in her early fifties, Bonny is desperate to clear her head after a tragic mistake threatens her career as an emergency room doctor and her marriage crumbles around her. With her troubled teenage daughter, Piper, in tow, she goes back to the beloved river house, where she is soon joined by Lainey and her two young children. During lazy summer days and magical nights, they reunite with bookshop owner Mimi, who is tangled with the past and its mysteries. As the three women cling to a fragile peace, buried secrets and long-ago loves return like the tide.
Item Price
$6.91
$10.76 shipping to USA 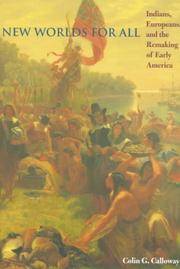 Description:
Sound clean trade paperback. 264pp. Although many Americans consider the establishment of the colonies as the birth of this country, in fact early America existed long before the arrival of the Europeans. From coast to coast, Native Americans had created enduring cultures, and the subsequent European invasion remade much of the land and society. In New Worlds for All, Colin G. Calloway explores the unique and vibrant new cultures that Indians and Europeans forged together in early America. The journey toward this hybrid society kept Europeans' and Indians' lives tightly entwined: living, working, worshiping, traveling, and trading together—as well as fearing, avoiding, despising, and killing one another. In some areas, settlers lived in Indian towns, eating Indian food. In the Mohawk Valley of New York, Europeans tattooed their faces; Indians drank tea. A unique American identity emerged.The second edition of New Worlds for All incorporates fifteen years of additional scholarship on Indian-European… Read more
Item Price
$9.22
$10.76 shipping to USA 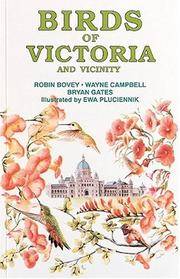 Description:
'Birds of Victoria' is an introduction to birdwatching; informative and colourfully illustrated, this guide identifies those birds most likely to be seen in Victoria. It includes advice on how to feed birds, building and siting nesting boxes, as well as a section on making your garden more attractive for birds. This is an easy-to-use reference book for the urban birdwatcher.
Item Price
$6.53
$10.76 shipping to USA 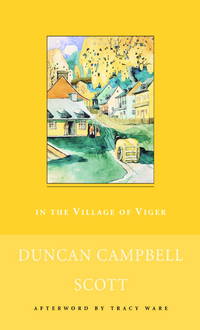 Description:
Set in the fictional village of Viger, these are 10 short stories about a community torn apart by madness, festering jealousies, and lifelong animosities.
Item Price
$3.84
$10.76 shipping to USA

Description:
Set in Vienna in the 1930's, this is a novel in 'five scenes' that captures the despair, poverty, enforced idleness, and crumbling moral values of those years just before the political catastrophes that lead to World War II. With an astute eye for irony and a sardonic humour, the author weaves together stories about the people of Yellow Street, the home of the leather-merchants in the Leopoldstadt district. Living cheek by jowl on the bustling thoroughfare, crabbed merchants, impoverished bourgeois, canny profiteers, and out-and-out criminals alike find no privacy respected and no secrets possible. The author's concern, however, is the victims - in the main seemingly helpless women and children, perhaps poor and exploited but grown streetwise and cagey, each protecting a core of integrity and dignity.
Item Price
$3.84
$10.76 shipping to USA 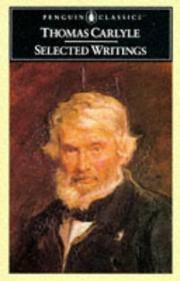 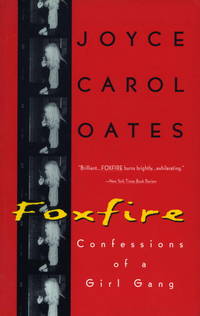 Description:
The time is the 1950's. The place is a blue-collar town in upstate New York, where five high school girls are joined in a gang dedicated to pride, power, and vengeance on a world that seems to made to denigrate and destroy them. Here is the secret history of a sisterhood of blood, a haven from a world of male oppressors, marked by a liberating fury that burns too hot to last. Above all, it is the story of Legs Sadovsky, with her lean, on-the-edge, icy beauty , whose nerve, muscle, hate and hurt make her the spark of this novel, its guiding spirit, its burning core.
Item Price
$6.15
$10.76 shipping to USA 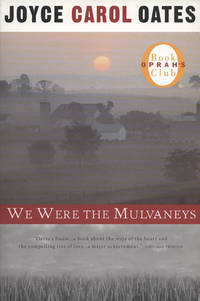 Description:
The Mulvaneys are blessed by all that makes life sweet - a hardworking father, a loving mother, three fine sons, and a bright, pretty daughter. They are confident in their love for each other and their position in the rural community of Mt. Ephraim, New York. But something happens on Valentine's Day 1976 - an incident that is hushed up in the town and never spoken of in the Mulvaney home - that rends the fabric of their family life...with tragic consequences.
Item Price
$6.15
$10.76 shipping to USA 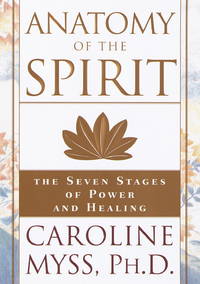 Description:
'Often, the works that touch us most deeply have been produced not from ideas, but from visions. The difference between an idea and a vision is that an idea can be developed without ever living in its zeitgeist for long. A vision, however, most often can be brought to life only if lived as deeply and as truly as one is able, and over many years' time. The work of Caroline Myss derives from the latter. Through decades of strong focus and strong living, she has brought forth a deeply insightful work that offers meaning on many levels, each one intense, spirited, and useful. Anatomy of the Spirit is a rare undertaking by a completely original thinker.' - Clarissa Pinkola Estes, PhDiNDEX 304 pAGES.
Item Price
$6.15
$10.76 shipping to USA

Description:
In the authors notebooks, she chronicled her philosophy of art, her critics of her own work and others', her hopes and fears. She also wrote of the subjects she painted - the sea, sky and forests of BC. A personal and passionate manifesto of an extraordinary artist.
Item Price
$7.30
$10.76 shipping to USA 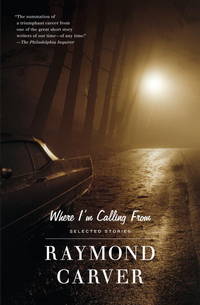 Description:
'On Saturday, May 22, 1971, iI went to Sonora, Mexico, to see don Jan Marus, a Yaqui Indian sorcerer, with whom I had been associated since 1961.I thought that my visit on that day was going to be in no way different from the scores of times i had gone to see him in the ten years I had been his apprentice. The events that took place on that day and on the following days, however, were momentous to me. On that occasion my apprenticeship came to an end. This was not an arbitrary withdrawal on my part but a bona fide termination.' So the introduction to this work, and insight into the works by the author.
Item Price
$6.53
$10.76 shipping to USA 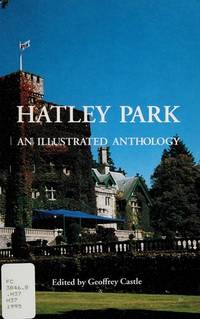 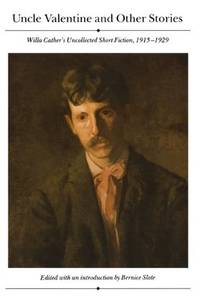 Description:
A collection of seven short stories, with an Appendix, a note on the editing. and an introduction by Bernice Slote. 184 Pages.
Item Price
$7.30
$10.76 shipping to USA 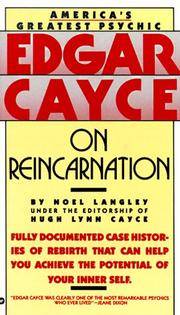 Description:
Using Cayce's own words, culled from 2500 of his extraordinary Readings, this illuminating book unveils the hidden reality we all live with; timeless rebirth. Here are mysterious accounts of people who have lived before - and remarkable evidence of a unifying force that pervades the universe, time without end. Provocative and revelatory this book can expand your spiritual and mental boundaries, even as it helps you better enjoy the infinite possibilities of this life.
Item Price
$3.46
$10.76 shipping to USA