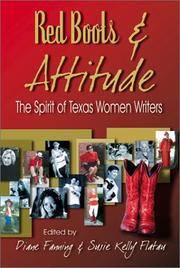 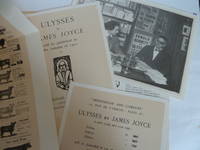 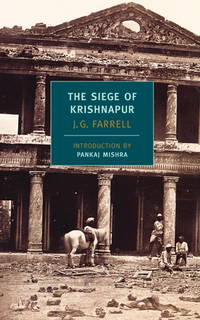 Description:
Austin: University of Texas, 1969. First Edition. VERY GOOD IN VERY GOOD DJ. Oblong folio cream cloth and black spine titles, 195pp., chronology, bibliography, index of titles, list of lithographs by year they were made. Light foxing on top edge, p.131 appears to have wrinkled in the binding process, no names, no writing, photo port of Benton by Elizabeth Lorentz on lower panel of the price unclipped dj which has edge wear in archival mylar cover. Each of the 80 full-page black and white plates on a two page spread contains annotations in Benton's own hand, with title, alternative titles, dimensions, publication date, edition size, and circulating organization. Includes scene in West Texas. A later edition was publihsed by UT in 1990 to celebrate the artist's centennary.
Item Price
$45.00
$10.95 shipping to USA

Description:
NY: MacMillan, 1973. First Edition. Hardcover. FINE/fine. SIGNED on free front endpaper, 675pp., index, bib., dj price unclipped, short tear at head of spine in archival mylar cover. Theodore Reed Fehrenbach Jr. was born Jan. 12, 1925, in San Benito, Tex. He grew up in Brownsville, Tex., and Los Angeles, where he graduated from Hollywood High School at age 16. He interrupted his studies at Princeton University to serve in the Army during World War II, then returned to Princeton and graduated with honors in 1947. After farming for a few years, he served in the Korean War, then settled in San Antonio in 1954.
Item Price
$75.00
$10.95 shipping to USA

Description:
NY: Macmillan, 1968. Second Printing. FINE/fine. State map endpapers, 76lpp., index, price unclipped dj. Contains the 10 page bibliography not in the first printing. Insisted on by the publishers though the author didnot see it was necessary, he did go back and reconstruct this one which he calls "bibliographical notes and suggested further reading." Interestingly, this printing is less often seen than the first; though it was reprinted many times and those editions are still available. Nice clean giftable copy. Has been widely considered the most intelligent history of any state published and a particular favorite of Texans. "Mr. Fehrenbach wrote in a grand, sweeping manner reminiscent of epic histories of the West by Francis Parkman and Bernard DeVoto. His florid style borrowed elements from the 18th-century cadences of Edward Gibbon — whose “The History of the Decline and Fall of the Roman Empire” was an early inspiration — and from the King James… Read more
Item Price
$75.00
$10.95 shipping to USA

Description:
Leakey: N.P., 1951. First Edition. Hardcover. FINE IN VERY GOOD DJ. SIGNED by John Leakey with ink under portrait of the author, photos, 179pp. Clean, no names, no writing, dj faint soil, one edge tear, price clipped. Anglo-Americans arrived in 1856, when John Leakey, for whom the town was later named, his wife Nancy, and five others settled near the site at springs that were later known as Leakey Springs. Much on these early pioneers and their families, Muster Role for the Home Guards during the Civil War and Captain Theophilus Watkins, Fort Inge, Early ranching in Frio Canyon above Uvalde and last days of the big round-ups like the OX, 777, 101, Seven D, Bar T, W Bar, Hash Knife and others from Texas. Rare to find signed by Leakey. SIXGUNS 705. HERD 798.
Item Price
$145.00
$10.95 shipping to USA