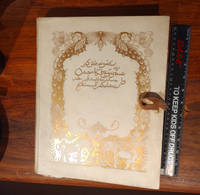 Description:
Edward FitzGerald or Fitzgerald (31 March 1809 ā 14 June 1883) was an English poet and writer. His most famous poem is the first and best-known English translation of The Rubaiyat of Omar Khayyam, which has kept its reputation and popularity since the 1860s. The spectacular bound and printed, limited 1909 Edition from the second (the better transcribed and corrected edition authorized by Fitzgerald), with beautifully executed images by Edmund Dulac, a renowned illustrator and artist.
Edmund Dulac (born Edmond Dulac; 22 October 1882 ā 25 May 1953) was a French British naturalized magazine illustrator, book illustrator and stamp designer. Born in Toulouse he studied law but later turned to the study of art at the Ćcole des Beaux-Arts. He moved to London early in the 20th century and in 1905 received his first commission to illustrate the novels of the BrontĆ« Sisters.
A signed limited edition of this beautifully illustrated edition of Omar Khayyam's Rubaiyat, translated by Edward Fitzgerald, and… Read more
Item Price
$1,750.00
$4.50 shipping to USA 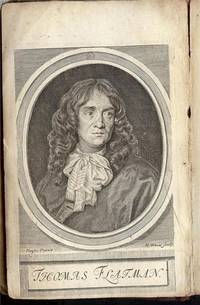 Description:
Flatman, Thomas. POEMS AND SONGS. BY THOMAS FLATMAN. THE THIRD EDITION WITH ADDITIONS AND AMENDMENTS. ME QUOQUE VATEM DICUNT PASTORES, SED NON EGO CREDULUS ILLIS. VIRGIL. Octavo, 7.1 x 4.6 inches. Third edition, with sixteen new poems appearing for the first time. A8, a-b8, B-K8, L7, M8. (Complete, collating just as the Grolier copy, with the signature L7.) The engraved portrait frontispiece of Flatman which appears for the first time in this edition is present in this copy. It is bound in period calfskin, with spine repair that is tastefully done. The first few gathers are loose from the book (9 full pages). Book collates and all pages present. Has the bookplate of Edward Parker of Brownsholme in the County of York, along with signatures of other owners. The spine is very neatly and tastefully done, and looks quite well on the shelf. The contents are occasionally lightly browned and spotted, with no extraordinary defects. 44 libraries have copies.
Item Price
$850.00
$4.50 shipping to USA