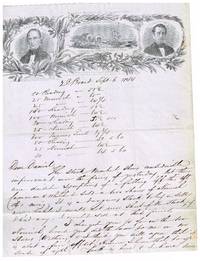 Description:
The 1844 United States presidential election was the 15th presidential election, held from Friday, November 1 to Wednesday, December 4, 1844. Democrat James K. Polk defeated Whig Henry Clay in a close contest turning on the controversial issues of slavery and the annexation of the Republic of Texas.-Wikipedia.The 1844 election was a prelude to the slavery debate, which became the burning question in the years leading up to the Civil War.Henry Clay was a whig, and James Polk was a democrat in favor of slavery, and the annexation of Texas.The letter sheet has jugate images of Henry Clay and Theodore Frelinghusen, with the slogan Huzza!, Huzza!, the country's risen. The sheet was published by Narine & Co 11 Wall St, New York. This is shown in the Milgram book as HC-7 The letter was written by G H Brodhead in NY, and regards the sale of stocks. A scarce presidential campaign letter sheet from the 1844 election.
Item Price
$200.00
$3.00 shipping to USA 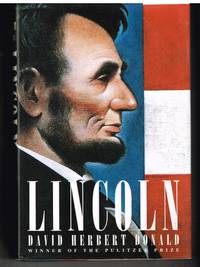 Description:
"This is a magnificent biography. Lincoln is a vivid portrait of the man, the president, and, not least the politician..The felicitous combinations of a significant subject and a skillful biographer has produced a work that Americans will relish" Jean H Baker, author of Mary Todd Lincoln: A biography
Item Price
$10.00
$3.00 shipping to USA