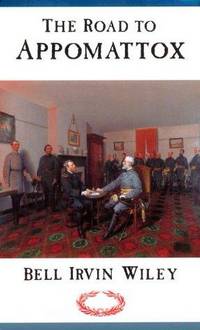 Description:
(Subject: Colonial & Other Wars - The American Civil War) An examination of the reasons why the Confederate States were defeated in the American Civil War. Wiley considers the failures of the military and political leadership, the rigid attitudes they held, and their poor judgement of the strengths of their Northern opponents. (Published: 1994) (Publisher: Louisiana State Univ.Pr.) (ISBN: 0807119113) (Pagination: 121pp, 12 illustrations) (Condition: storage wear only, vg) UL-XXXXXX
Item Price
$14.47
$27.69 shipping to USA 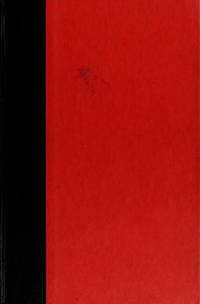 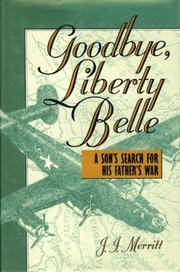 Description:
(Subject: World War II - Far East) This book includes a letter signed by the author to a previous owner. The memoir of a young, newly married American tank crewman who was captured during the fall of the Philippines at the start of World War II. He spent three-and-a-half years as a Japanese Prisoner of War, being forced to walk under the hot sun for 12 days to a prison camp on Bataan. The prisoners died by the score from thirst and disease or were executed by brutal Japanese guards. Tenney managed to escape early in his captivity and joined a guerrilla band but he was soon recaptured and put on a notorious "hell ship" bound for Japan. With a fierce determination to see his wife and home again, he endured the rest of the war as a slave in a Japanese coal mine. Then one day he saw a strange cloud over nearby Nagasaki, and set off through Japanese towns to find the US forces. (Published: 1995) (Publisher: Brassey's) (ISBN: 0028811259) (Pagination: 219pp illustrations) (Condition: Very good… Read More
Item Price
$28.95
$27.69 shipping to USA

Description:
(Subject: Land Vehicles & Weapons - General) Dustjacket has repaired tear on front. Previous owner name and date on inside page. Useful reference copy. Written by two of the leading authorities on tanks and tank history and illustrated by over 400 photographs and diagrams. The development of tanks, tank characteristics and the tanks of some 40 countries are detailed. (Published: 1975) (Publisher: Chartwell) (Pagination: 256pp, 1 col photo & 541 b/w photos) (Condition: ) UL-XXXXXX
Item Price
$14.47
$27.69 shipping to USA 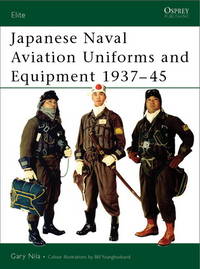 Description:
(Subject: Osprey: Elite) A detailed reference on the uniforms, dress, flight gear and personal weaponry of the Imperial Japanese Navy airmen of World War II. It includes detailed descriptions of flight gear, including manufacture information. Interviews with IJN pilots such as Sakai, Komachi, Tanimizu, Kawato and Saito regarding the use of a variety of equipment are integrated into the text. (Published: 2002) (Publisher: Osprey Publishing) (ISBN: 1841764655) (Pagination: 64pp ills) (Condition: very good in card covers) UL-XXXXXX
Item Price
$8.68
$27.69 shipping to USA 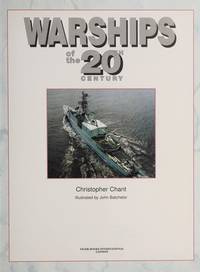 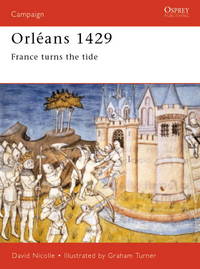 Description:
(Subject: Osprey: Campaign) By 1429, with French fortunes in the Hundred Years War at their lowest ebb, an English victory seemed inevitable. Northern France including Paris was firmly under English control and the city of Orleans was besieged by an English army. At the darkest hour, a deeply religious peasant girl from Champagne came to the Dauphin, convinced that she had a divine mission to help him defeat the English. Her name was Joan of Arc (Jeanne d'Arc). In less than four months Joan's inspired leadership helped to break the siege of Orleans. (Published: 2001) (Publisher: Osprey Publishing) (ISBN: 1841762326) (Pagination: 96pp illustrations) (Condition: Used. Rubbed edges. Good) UL-XXXXXX
Item Price
$26.05
$27.69 shipping to USA

Description:
(Subject: Aviation - World War II ) Mass market paperback. Covers creased, pages browning. Useful study copy. The most critical week of the air war over Europe in the Second World War - February 1944. The major battle between the USAAF's 8th Air Force and the Luftwaffe over Germany. Based on the recollections of the two principal commanders Generals Doolittle and General Adolf Galland, as well as those of other airmen and US and German war records (Published: 1976) (Publisher: New English Library) (ISBN: 0450028046) (Pagination: 188p) (Condition: ) UL-XXXXXX
Item Price
$4.34
$27.69 shipping to USA

Description:
(Subject: Political & Biographies - General) Brigadier Ingall was one of the last Cavalry Officers of the old Indian Army. These are his experiences on the Frontier at the battle of Karawal near the Khyber Pass, and in a cavalry charge, sword in hand. Later, in the Second World War, he commanded the 6th Lancers in their drive through Northern Italy. (Published: 1989) (Publisher: Leo Cooper) (ISBN: 0850523257) (Pagination: xiv + 157pp, 19 photos.) (Condition: Storage wear only) UL-XXXXXX
Item Price
$8.68
$27.69 shipping to USA

Description:
(Subject: History & Development of Warfare - General) The Wolseley Series, the object of which was to place before British officers translations of the best foreign military books. The author was not only one of Prussia's most ablest soldiers, but also one of the best German military authors. The volume comprises 33 letters relating to tactics and strategy in campaigns in 1806, 1859 and 1870. There are some margin and endpaper annotations by previous owners, the red boards are faded. (Published: 1898) (Publisher: Kegan Paul,Trench,Trubner) (Pagination: 417pp + 345pp + 3 plans) (Condition: ) UL-XXXXXX
Item Price
$72.36
$27.69 shipping to USA

Description:
(Subject: World War II - Africa/Middle East) An early contemporary eyewitness account of the WWII battle of El Guettar in Tunisia fought by units of the US 1st Infantry Division. Captain Ingersoll, who was a journalist in peacetime, wrote of what he observed during the battle. His description of the battle, and of the events both immediately before and after it, paints a vivid picture of the struggles and heroism of ordinary fighting men. (Published: 1943) (Publisher: John Lane,The Bodley Head) (Pagination: 188pp, endpaper maps) (Condition: Very good in d/w) UL-XXXXXX
Item Price
$8.68
$27.69 shipping to USA