Join us October 7–16, 2022 for our upcoming virtual antiquarian book fair!
Preregister now for Biblio.live and get $10 to use at the fair.
Home Bookstores Duckett Books 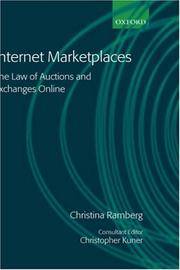 Description:
Paperback. Very Good. <p>How the Vatican subverted family planning in the developing world. <p>About the author: Dieter Ehrhardt was born in Landsberg an der Warthe (GorzÃ³w Wlkp., Poland) in 1934. He studied law, economics and philosophy at Frankfurt/Main, Munchen, GÃ¶ttingen and Marburg. While he was studying law he worked as the freelance correspondent for West Germany for the Finnish daily SATAKUNNAN KANSA. In 1963 he undertook a study tour of nine weeks to the USA with The Experiment in International Living, founded by the US American Donald B. Watt in 1932. In 1969 he was awarded a doctorate in Law in Marburg. His thesis was entitled "The concept of the micro-State in international law and the international legal order". From 1971 to 1972 he served as Visiting Scholar at the UN Institute for Training and Research (UNITAR) in New York. In 1974 he took up a position as Deputy Head of Division at the Federal Ministry for Economic Cooperation and… Read More
Item Price
$49.99
$4.00 shipping to USA

Description:
Hardcover. Good. The life of Richard of Wych, Bishop of Chichester (c.1197-1253), later canonized as Saint Richard of Chichester. Richard was a twelfth-century British bishop famous, primarily, for continuing to practise his ministry as a bishop even when Henry III had deprived him of all the assets of the bishopric. Richard continued to minister and to work, in particular, on behalf of the poor, until eventually Henry restored his possessions. A number of miracles were attributed to Richard's intervention, both during his life and after his death, and in the medieval era a sizeable cult grew up around him, centered at Chichester. Good--hardcover bound in red cloth with gold-stamped titles and top-edge gilt (no dust jacket, as issued?)--some soiling to the covers, gift card tipped onto front pastedown endpaper, some foxing passim, otherwise unmarked--a very good reading copy.
Item Price
$149.99
$4.00 shipping to USA 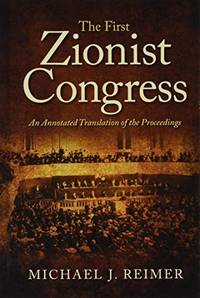 Description:
Hardcover. Fine. <p>The Art of Ethiopia started in the year 2008 by the Sheraton Addis. The hotel has collected for over 12 years art works from local galleries and felt that the Ethiopian artists should benefit from the exposure the hotel could give them. Furthermore, the art show is part of the hotel's Community Outreach Programme. For each year's exhibition, the hotel creates an art catalogue that is sold to visitors and guests. All proceeds from the sales of the catalogue go towards the Sheraton Addis Art Endowment Fund which supports local art schools artistic initiatives in the city of Addis Ababa. <p>Over 120 artists have displayed their art in the hotel's Grand Ball Room Lalibela since the start of the exhibition, accounting for over 2000 pieces of art work. The success of the event and positive feedback encouraged the hotel to make this exhibition an annual event in Addis Ababa. Like new--hardcover bound in laminated illustrated-paper-covered boards in slipcase (no… Read More
Item Price
$99.99
$4.00 shipping to USA

Description:
Paperback. Good. Good--trade paperback--previous owner's information blacked out on inside front and back covers with plastic pocket remnant on inside back cover, otherwise clean and neat.
Item Price
$29.99
$4.00 shipping to USA

Description:
Pamphlet. Very Good. The Revere Advanced Plus-Minus system is an advanced version of the regular plus-minus system. It was made later made popular in Lawrence Revere's commercial book "Playing Blackjack as a Business", but it was first published in pamphlet form by Revere himself. The advanced plus minus count is a level 1 (level-one or single level) system. The methods used here are very easy for beginners to learn since the indexes range only between (-1,0,+1) so there are only three numbers to keep track of when counting cards. This is the simplest of Revere's strategies, even though it has the word "advanced" in the name. <p> <p><b>About the author</b>: Lawrence Revere was widely acknowledged as the true "Master of Blackjack." He was one of the first to utilize computer technology to make his wagering systems more effective. He was involved in the gambling world for twenty-eight years as a pit boss, dealer, owner, troubleshooter, and… Read More
Item Price
$124.99
$4.00 shipping to USA