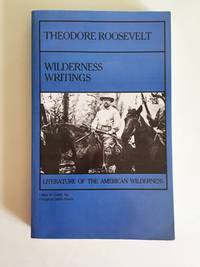 Description:
New: Unread, bright pages and tight binding. Theodore Roosevelt, the twenty-sixth president of the United States, was not only the most famous hunter of his generation of Americans, he was among its best informed and popular outdoor writers. Edmund Heller, the well-known Smithsonian biologist who accompanied Roosevelt on the famous African expedition, said that the former president was the world's foremost authority on large mammals. He was also an avid bibliophile, and had what may have been the finest big-game library in North America in the early 1900s. He communicated with authorities-- both sportsmen and scientists-- in all parts of the world. From this lifelong study and enthusiasm for outdoor adventure came a host of durable writings, gathered together here in a collection which celebrates the natural world.