Description:
CQ Press, 2019. Paperback. New Book. Paperback. During recent years, Ubertaccio has been noticing a growing disconnect between the activities in his politics classroom and the kinds of questions and concerns students have about the job market or other next steps they might take upon graduation. It is as though the study of politics was somehow unrelated to the demands of an ever-changing job market, he says, and responds with this career guidebook for students of global politics. He covers curriculum and co-curriculum, study abroad and global travel, language and culture, and other pursuits. (2019 Ringgold, Inc., Portland, OR)
Item Price
$13.75
$3.99 shipping to USA

Description:
American Society of Civil Engineers, 2014. Paperback. New Book. Paperback. This collection contains nine papers presented at the Seismic Hazards Workshop, held in Memphis, Tennessee, in April 2012 and focusing on seismic design issues arising from the implementation of the new International Building Code (IBC) and American Society of Civil Engineers (ASCE) Standard 7 in the central US, particularly the New Madrid Seismic Zone, as well as issues that may occur in the natural hazards field in the future. Engineers and others discuss seismic history in the US, focusing on the development of codes in the Central and Eastern US and seismic design advances made in the IBC and ASCE 7 since 2000; the approach in Oregon as applied to seismic design for schools in the Midwest; the Central US and the implications of the 2008 Sichuan earthquake, the consequences of two natural hazards occurring at the same time, and geotechnical issues and site response; major changes in spectra shapes for critical facilities;… Read more
Item Price
$36.00
$3.99 shipping to USA 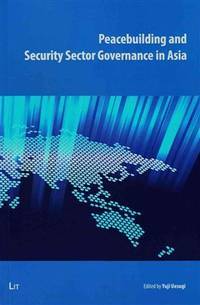 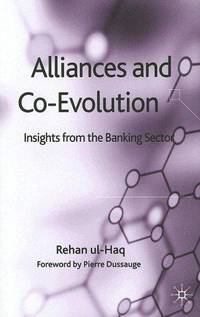 Description:
Palgrave Macmillan, 2005. Hardbound. New Book. Hardbound. Examining the European banking industry through a 23-year industry level historical review, a review of the academic literature, a firm level questionnaire survey, and in-depth firm level interviews, ul- Haq (strategic management, U. of Birmingham, UK) seeks to answer the question of whether strategic alliances add value. In general, he finds that strategic alliances allow the ability to balance markets and intra-firm transaction extremes; "Clubs and Consortium Banks and Bankassurance lifecycles" allow an early entry into a business area with later commitment; strategic alliances add value of different degrees and of different duration in a range of geographical, industry, and firm contexts; and strategic alliances allow reduction in the cost of capital, the sharing of risks, access to knowledge capital and resources, and help in accessing product or geographical markets and distribution channels. (2005 Ringgold, Inc., Portland, OR)
Item Price
$28.00
$3.99 shipping to USA 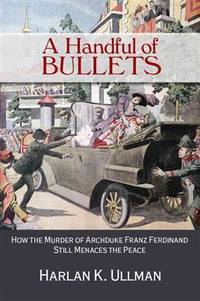 Description:
Naval Institute Press, 2014. Hardbound. New Book. Hardbound. Ullman presents readers with an investigation into the lasting effects of the assassination of Austro-Hungarian Archduke Franz Ferdinand in Sarajevo in 1914. The author has organized the twelve chapters that make up the main body of his text in three parts devoted to how the murder of Archduke Ferdinand transformed the nature of the international system in the twenty-first century, regional crises and potential areas of conflict, and strategy for government and foreign policy moving forward. Harlan K. Ullman is a military veteran, military and foreign policy advisor, and consultant living in Washington, D.C. (2014 Ringgold, Inc., Portland, OR)
Item Price
$15.73
$3.99 shipping to USA 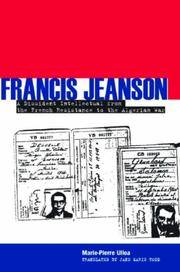 Description:
Stanford University Press, 2007. Hardbound. New Book. Hardbound. This is a biography of Francis Jeanson, the French existentialist philosopher who has been called the "chosen disciple" of Jean Paul Sartre, but who broke with Sartre and Camus in the 1950s. Ulloa (associate director, Mediterranean Studies Form and the Abbasi Program in Islamic Studies, Stanford U.) describes Jeanson's intellectual development and its connections to his evolving political commitments, which saw Jeanson working with the Guallist anti-fascist resistance during World War II and, later, as an anti-colonialist activist on behalf of the Algerian National Liberation Front during the Algerian War. (2007 Ringgold, Inc., Portland, OR)
Item Price
$21.00
$3.99 shipping to USA 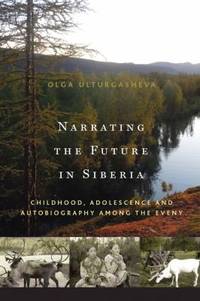 Description:
Berghahn Books, 2012. Hardbound. New Book. Hardbound. Ulturgasheva (social anthropology, U. of Cambridge) has conducted research in Siberia for a decade, and in 2003-04 spent 12 months studying ideas of the Eveny in a village in northeastern Siberia about their own future. In particular, she wanted to see whether the young people had been influenced by the notion of futurelessness--whole peoples and ways of life dying out--that is popular among the intelligentsia in the region. Among her topics are future autobiographies and their spaces, forest and village, reindeer and child in the forest chronotope, and broken families and the curse of the GULAG. (2012 Ringgold, Inc., Portland, OR)
Item Price
$28.00
$3.99 shipping to USA

Description:
LIT Verlag, 2015. Paperback. New Book. Paperback. Economic development has arisen as the main ideal of Turkish policy on science, technology, and innovation, says Aydogan, and Europeanization has added positively to the evolution of this policy. Upon this framework, he proposes a set of policy recommendations and tools to increase the impact of the policies on economic development and to manage the Europeanization process. A large part of the book is devoted to meetings of the Supreme Council for Science and Technology, the decisions made at them, and the development processes that resulted. Other topics include a historical context for understanding economic development; the role of innovation and the question of catch-up; globalization, research and development, and economic development; and European integration and the question of Turkey. Distributed in the US by ISBS. (2015 Ringgold, Inc., Portland, OR)
Item Price
$26.98
$3.99 shipping to USA 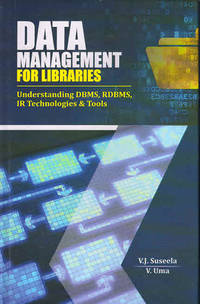 Description:
University of South Carolina Press, 2013. Hardbound. New Book. Hardbound. It was 1903, and it was South Carolina, so to some observers the murder was justified. Lieutenant Governor James H, Tillman had shot and killed newspaper editor Narciso G. Gonzales after the latter had published several editorials dismissing Tillman's run for governor in the previous year. Tillman justified the murder of Gonzalez by his anger and need to get revenge, which he called "clearing his name." The resulting "trial of the century" (a bit premature, given that it was 1903) is reported superbly by Underwood, especially the ingrained sense of honor which Tillman felt Gonzalez had violated. It is worth noting that Tillman was acquitted. (2013 Ringgold, Inc., Portland, OR)
Item Price
$17.98
$3.99 shipping to USA

Description:
World Scientific, 2021. Hardbound. New Book. Hardbound. Introducing gravity current (gravity-fed flow) and intrusions to both engineers and academic researchers, Ungarish provides a solid foundation of formulations and tested models on which they can build their needed solution and develop additional knowledge. He assumes a fairly general background in fluid mechanics, with a tendency to the mathematical modeling of physical streams, but no previous knowledge of gravity current theory. He does not prove theorems nor dwell on subtle mathematical points lake uniqueness of solution. (2021 Ringgold, Inc., Portland, OR)
Item Price
$128.70
$3.99 shipping to USA 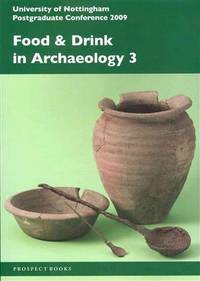 Description:
Prospect Books, 2012. Paperback. New Book. Paperback. The themes of the gathering which resulted in these proceedings were identifying feasting and consumption events, the link between food and the dead, the archaeology of drinking, cultural change, and environmental archaeology. Half of the 24 presentations are published, along with four shorter papers developed from posters. The topics include psychoactive consumption in Cypriot Bronze Age mortuary ritual, living and eating in coastal Brazil during prehistory, food diversity in Mesolithic Scotland, feasting and the state in Uruk Mesopotamia, and the fauna of the Neolithic lakeside settlement of Dispilio in Greek Macedonia. There is no index. Distributed in North America by The David Brown Book Co. (2012 Ringgold, Inc., Portland, OR)
Item Price
$24.00
$3.99 shipping to USA

Description:
Pen and Sword, 2018. Hardbound. New Book. Hardbound. In this memoir, Unwin relates his experiences as a prisoner of war for three years in Italy and Germany during World War II. He joined the British Territorial Army in 1920 and saw action in Libya, Egypt, Greece, and Crete before being captured at Tobruk in 1942. He escaped twice, once for a week and then again for five months. After rejoining the Allied lines, he was recaptured and sent to work in Germany and took part in the Long March in 1945. (2018 Ringgold, Inc., Portland, OR)
Item Price
$27.47
$3.99 shipping to USA

Description:
Astronomical Society of the Pacific, 2011. Hardbound. New Book. Hardbound. The stellar initial mass function is a fundamental parameter that not only encodes the astrophysics of star formation, but is also crucial for interpreting most extra-galactic observations. Observations and theory are divided about whether the function is universal, and if and how it varies between different environments. This gathering was called to address such questions. The 50 papers cover observations and theory about the function in star clusters, resolved stellar populations in nearby galaxies and implications for the function, constraints on the function indicated by integrated measurements of galaxies, and constraints on its evolution over cosmic time. Only authors are indexed. (2011 Ringgold, Inc., Portland, OR)
Item Price
$30.80
$3.99 shipping to USA

Description:
New Century Publications, 2014. Hardbound. New Book. Hardbound. This study of contemporary marketing strategies in India begins with an overview of approaches to marketing and market segmentation, then offers chapters on rural marketing in India, marketing of services, marketing problems of small-scale industries, marketing of agricultural products, and IndiaÂ’s export market. Distributed in the US by ISBS. (2014 Ringgold, Inc., Portland, OR)
Item Price
$16.31
$3.99 shipping to USA