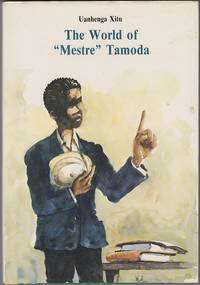 Description:
Angola: União dos Escritores Angolanos + Empresa Nacional de Prospecção, Exploração, Lapidação e Comercialização de Diamantes de Angola, 1989. Hardcover. Green cloth in boards. An extremely rare copy of the Angolan publication of the first English translation of Xitu's classic "Mestre" Tamoda stories. Near Fine book in a Near Fine dust jacket. Minor shelfware and dust soiling to edges. Binding tight and square. Interior unmarked other than and a price penciled on the front free endpaper. 159 pages. Introduction by Antonio Jacinto, translated by Annella McDermott. Cover art by Henrique Abranches. Originally published in Portuguese in Angola in 1974 as Os Discursos do 'Mestre' Tamoda. This edition "Published jointly in the Popular Republic of Angola by agreement between the Author, the Union of Angolan Authors and the ENDIAMA-UEE, to by used as an offer by the three entities, with no commercial purposes." Xitu conceived these stories while serving twelve years in a Portuguese prison for his… Read more
Item Price
$110.00$77.00
Save $33.00!
FREE shipping to USA 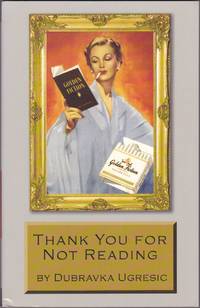 Description:
Normal, Illinois: Dalkey Archive Press. Trade Paperback. November 2003. Trade Paperback. First English Edition (stated). As New. Not a remainder. Not damaged. 221 pages. A biting critique of book publishing: agents, subagents, and scouts, supermarket-like bookstores, Joan Collins, book fairs that have little to do with books, authors promoted because of sex appeal instead of merit, and editors trying to look like writers by having their photograph taken against a background of bookshelves. One of the most interesting and paradoxical comparisons coming out of Ugresic's dissection of book culture is the similarity between the art of socialist realism (as prescribed by the Soviets) and the nature of contemporary marketplace to produce and promote art that appeals to everyone.
Item Price
$11.95
FREE shipping to USA 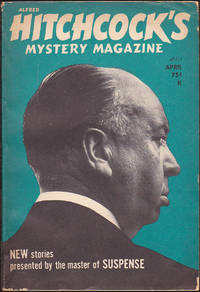 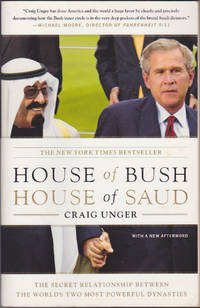 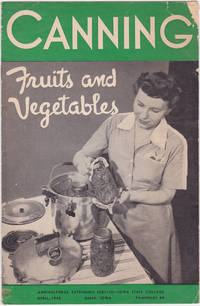 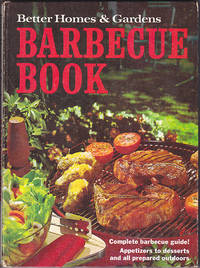 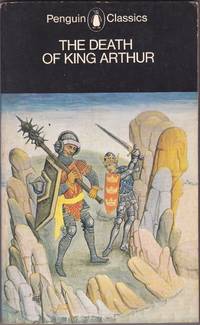 Description:
Harmondsworth, England: Penguin Classics, 1971. Paperback. 1982 reprint. Very Good. Interior unmarked, but tanned. Spine straight and tight. Dust stains to top edge. Rubbing to covers. Not from a library. No remainder mark. Not clipped. No tears, no creases, no folds. 237 pages. Recounting the final days of Arthur, this thirteenth-century French version of the Camelot legend is set in a world of fading chivalric glory. It depicts the Round Table diminished in strength after the Quest for the Holy Grail, and with its integrity threatened by the weakness of Arthur's own knights. Whispers of Queen Guinevere's infidelity with his beloved comrade-at-arms Sir Lancelot profoundly distress the trusting King, leaving him no match for the machinations of the treacherous Sir Mordred. The human tragedy of The Death of King Arthur so impressed Malory that he built his own Arthurian legend on this view of the court - a view that profoundly influenced the English conception of the 'great' King. Authors: Unknown,… Read more
Item Price
$9.10
FREE shipping to USA 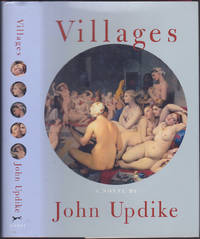 Description:
New York: Alfred A. Knopf, October 2004. Hardcover. First Edition (stated). Red cloth with silver/gold printing over boards. As New. Pristine inside and out. No signs of prior use. Spine very tight. Not from a library. No remainder mark. Not clipped. 321 pages. John Updike's twenty-first novel follows its hero, Owen Mackenzie, from his birth in the semi-rural Pennsylvania town of Willow to his retirement in the rather geriatric community of Haskells Crossing, Massachusetts. In between these two settlements comes Middle Falls, Connecticut, where Owen, an early computer programmer, founds with a partner, Ed Mervine, a successful firm which is housed in an old gun factory on the Chunkaunkabaug River. Owen's education is not merely technical but liberal, as the humanity of his three villages, especially that of their female citizens, works to disengage him from his youthful innocence.
Item Price
$11.45
FREE shipping to USA