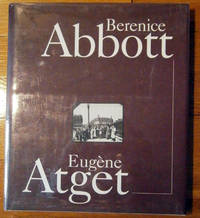 Description:
Worswick, Clark; Berenice Abbott and Eugene Atget- Photos of Atget selected and printed by Berenice Abbott of Atget's photos from the 1920's. Arena Publications, Santa Fe, 2002. Hardcover. Condition: Fine. Dust Jacket Condition: fine. Stated First edition. 163pp. Small 4to. 100 black and white photos by Atget, many bought by Abbott in Paris in 1927 and reprinted by her. Essays by B. Abbott on "The World of Atget" and by Clark Worswick on "Abbott & Atget." A wonderful book with excellent reproduction. Beautiful examples of Atget's work many images never published before. Details how Abbott started her own career and how she saved his photos and negatives and printed them in Paris in the 20's and 30's. Dust jacket is protected with a Brodart archival cover.
Item Price
$375.00
$4.50 shipping to USA 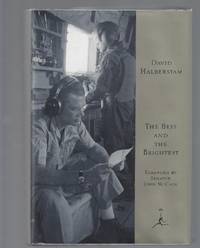 Description:
Halberstam, David J. (April 10, 1934 â€“ April 23, 2007). The Best and the Brightest. New York: Random House (1972). Later printing. Blue cloth with gilt lettering to spine. 688 pages. Bibliography. Index. Inscribed by the author in 2001. Dust jacket has small chips and tears at edges. Contents clean and tight. Along with: The Best and the Brightest (2001) first Modern Library printing. signature by David Halberstam on the title page (2001) unread, pristine, collector condition. Washington and the Kennedy/Johnson era a brilliant, in-depth portraits of the men who came to power in the Kennedy administration: Robert McNamara, McGeorge Bundy, Dean Rusk, George Ball, William Westmoreland and Maxwell Taylor. As seen through the lens of the Pulitzer Prize-winning journalist of his time.1960s, US Foreign Policy, JFK, LBJ, Robert McNamera, McGeorge Bundy, Dean Rusk, William Westmoreland. Both editions signed at the same time. A rare combination set both in Fine condition.
Item Price
$550.00
$4.50 shipping to USA

Description:
Philip Greely Brown (1855-1934) was an avid book collector and amature historian and albeit, publisher. He helped collect and published his brother's memoirs on the settlement of the West. His brother, Clifford Brown served under a variety of leaders, some quite famous. This is a bibliography of all of James Russell Lowell' works up to 1906. Mr. Brown would have used this text to put together a definitive collection of Russell's works. His entire collection was partilly donated and the rest sold at auction in 1935. The book is in excellent condition with no dust cover and some sunning to the spine. It is interior lightly toned and tight binding. The title is: A Bibliography of James Russell Lowell. Compiled by George Willis Cooke. Boston and New York. Houghton Mifflin and Company MDCCCCVI (1906). This copy is number 484 out of 530 copies printed and bound. A first and only edition. A very nice signed bookplate of Philip Greely Brown. He was a graduate of Bowdoin College (Maine)
Title: A bibliography… Read more
Item Price
$35.00
$4.50 shipping to USA

Description:
Chippenham, Wiltshire: for EMO Press by Antony Rowe Ltd.,, 1990. Prepared for the British Academy. Octavo. A detailed bibliography of publications on Economics from 1751 to 1775 that includes many of the controversial issues surrounding taxation, the state, the Monarchy etc. Original blue boards, titles to spine gilt. Spine a little faded, some small spots to lower board and a scratch to the upper board. An excellent copy. Reprint of the 1935 first edition.
Item Price
$35.00
$4.50 shipping to USA 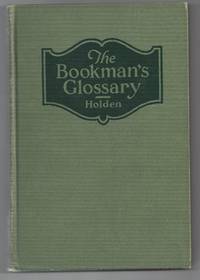