Description:
The Holocaust Library Book. Near Fine. Hardcover. 1st Edition. Fine copy, previous owner's neat ink name and date in a Near Fine dust jacket. Laid in is a typed letter on The Prime Minister stationary addressed to the author and signed by Menachem Begin..
Item Price
$95.00
$4.50 shipping to USA 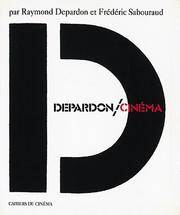 Description:
Viking Press Book. Near Fine. Hardcover. 1st Edition. This is an Advance Reading Copy. The spine is somewhat sunned, the top edge a bit dusty but otherwise about Fine. laid in is the business card of Thomas H Guinzburg,the first managing editor of The Paris Review following its inception in 1953 and later succeeded his father as president of the Viking Press. The business card has a small red scrawl, possibly Guinzberg's signature..
Item Price
$25.00
$4.50 shipping to USA

Description:
George Routledge & Sons Book. Very Good+ Ink Inscription. Hardcover. 2nd Edition. Second edition (reset) Throughly Revised and Enlarged. A very nice copy, some browning, previous owner left an ink inscription on the front end paper in a dust jacket that has some chipping at the extremities and a bit more at the head and foot of the spine along with several tears. Still this is quite uncommon in any edition and especially so in decent dust jacket. Interestingly enough the spine of the dust jacket reads DRAW-POKER A Practical Guide To Advanced Poker, while the front cover of the DJ reads THE GAME OF POKER: Things You Want To Know About Poker; The Winning Play For Jack Pots. "Your opponent is also playing Poker therefore, don't be surprised if you are surprised".
Item Price
$250.00
$4.50 shipping to USA

Description:
Play Bac, 2012. Book. Near Fine. Soft cover. Inscribed by Author(s). 1st Edition. With a full page inscription by the author. Quite uncommon thus. Francois Dufour, the editor and co-founder of the first newspaper for children created in France in 1995: My daily. He is also the editor of the Petit Quotidien (Grand Media Award 1999), The News (Grand Prix SPQN 2010) founded in 1998, and Éco (economic weekly for students) which was launched in 2009, all of which are published by Play Bac Presse (Economic Journalism Prize IPJ-Dauphine 2008). On May 16, 2011, live from the courtroom via Twitter, @dufourdufour, reported the arraignment of the then IMF president (and possible next president of France) Dominique Strauss-Kahn after his arrest in New York City. Within 50 minutes, his scoop in 40 tweets in French and in English, came ahead of all other medias. This is a well illustrated soft cover book covering the events..
Item Price
$75.00
$4.50 shipping to USA

Description:
Bologna: A.N.C.I, 1987. Book. About Fine. Oblong Paperback. First Edition. An exhibition catalog featuring many photos from the 50 Years of Cinema and Theatre told by 200 pairs of "famous shoes" show. Text in Italian and English..
Item Price
$75.00
$4.50 shipping to USA 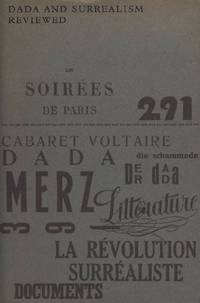