Description:
Paladin Press: No date, ca. 1978, 270 pages. "The theme that runs throughout this manual is the need for specialization and cooperation in drug enforcement. It is hoped that this resource manual will be useful to the narcotics officer and the narcotics unit supervisor and administrator in carrying out the narcotics enforcement function." VERY GOOD SOFTCOVER.. Soft Cover. Very Good. 4to - over 9¾" - 12" tall.
Item Price
$50.00
$4.00 shipping to USA

Description:
A. S. Barnes:, 1970. 304 pages. "Now, 40 years after his death, comes a book by an Indian critic to whom the very attributes of Lawrence that Western readers find frustrating are the strongest points of his creative imagination. This is the only work to date that gives an assessment of the "complete" Lawrence, explainging the hitherto unaccepted aspects of his thought, and examining his novels and poetry in the light of that thought." FINE HARDCOVER, VERY GOOD DUST JACKET.. Hard Cover. Fine/Very Good. 8vo - over 7¾" - 9¾" tall.
Item Price
$25.00
$4.00 shipping to USA 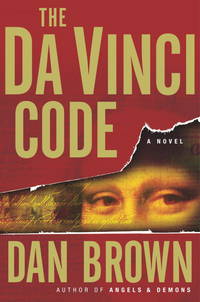 Description:
Clarion Books:, 1986. The sixth printing, illustrated in color by the author. "Not only does Corey's father make the ebst spaghetti, but he also dresses up like Batman and acts like a barking dog." FINE HARDCOVER, FINE DUST JACKET. Hard Cover. Fine/Fine. Illus. by Anna Grossnickle Hines.. 8vo - over 7¾" - 9¾" tall.
Item Price
$16.00
$4.00 shipping to USA

Description:
New York Graphic Society:, 1968. First published in 1961, this book is the revised edition from 1968, 176 pages, illustrated in b&w. "This book is the illustrated history of the earliest days of photography, from the discovery of Daguerre to the complete acceptance of the new art in America." FINE- HARDCOVER, GOOD DUST JACKET. Dust jacket protected with a clear plastic acid free jacket.. Hard Cover. Fine-/Good. 4to - over 9¾" - 12" tall.
Item Price
$26.00
$4.00 shipping to USA 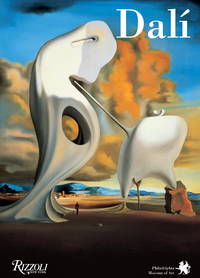 Description:
Rizzoli:, 2004. 607 pages, profusely illustrated. "Salvatore Dali is perhaps the most well known and popular artist of the 20th century, but also one of the least understood. This catalogue will be the major reference on Dali for decades to come. It includes reproductions of all the works in the exhibition (Philadelphia Musuem of Art), as well as comparative illustrations and photographs." FINE HARDCOVER, FINE- DUST JACKET. Very slight wear on dj. Dust jacket protected with a clear plastic acid-free jacket.. Hard Cover. Fine/Fine-. 4to - over 9¾" - 12" tall.
Item Price
$75.00
$4.00 shipping to USA 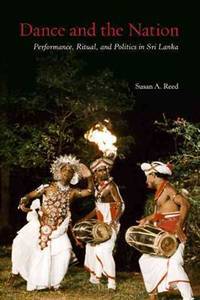 Description:
University of Wisconsin Press:, 2010. 280 pages, with 3 Appendices and the CD. The author "brings to light the complexities of aesthetic politics in a multi-faceted exploration and anlysis of the Kandyan dance of Sri Lanka.' FINE SOFTCOVER, with new CD.. Soft Cover. Fine. 8vo - over 7¾" - 9¾" tall.
Item Price
$20.00
$4.00 shipping to USA

Description:
Addison-Wesley Publishing Co.:, 1972. The third printing, 94 pages, illustrated in b&w by Grambs Miller. "Would you know where to look for a plant to cure a cough, which to choose to sure a stomachache, or to polish a pot? The early settlers knew. This book tells about some of those plants. It describes where they came from and what they were used for." FINE HARDCOVER, ex-library copy withdrawn.. Hard Cover. Fine/No Dust Jacket Present.. Illus. by Grambs Miller. 8vo - over 7¾" - 9¾" tall. Ex-Library Withdrawn.
Item Price
$16.00
$4.00 shipping to USA 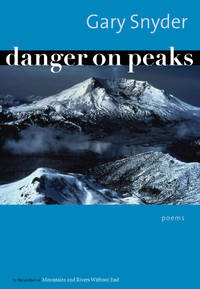 Description:
Shoemaker Hoard:, 2004. The first printing, 112 pages. This book contains work in a surprising variety of styles, creating an arc-shaped trail from those earliest climbs to what the poet calls poems"of intimate immediate life, gossip and insight" (some of the poet's most personal work ever.)" FINE HARDCOVER, FINE DUST JACKET.. Hard Cover. Fine/Fine. 8vo - over 7¾" - 9¾" tall.
Item Price
$15.00
$4.00 shipping to USA

Description:
MFA Publications:, 2000. 224 pages, illustrated with 180 full color photographs by Carl Tremblay. This book was published in conjunction "Dangerous Curves: Art Of The Guitar," organized by the Musuem of Fine Arts, Bston, from Nov. 5, 2000 to Februrary 25, 2001."This book presents 400 years of guitar design and history from ornatmental Italian and French models of the 17th century to the five-neck electric used by the hard-rock band Cheap Trick." FINE HARDCOVER, FINE DUST JACKET.. Hard Cover. Fine/Fine. 4to - over 9¾" - 12" tall.
Item Price
$30.00
$4.00 shipping to USA

Description:
Houghton Mifflin:, 1921. 260 pages, illustrated in b&w. "A successful Chicago architect, he was selected as Director of Works for the 1892–93 World's Columbian Exposition, colloquially referred to as "The White City". He had prominent roles in the creation of master plans for the development of a number of cities, including the Plan of Chicago, and plans for Manila, Baguio and downtown Washington, D.C.. He also designed several famous buildings, including a number of notable skyscrapers in Chicago, the Flatiron Building of triangular shape in New York City,[2] Union Station in Washington D.C., London's Selfridges department store, and San Francisco's Merchants Exchange. Although best known for his skyscrapers, city planning, and for the White City." VERY GOOD HARDCOVER, green cloth covers with gilt lettering and design. Volume I of a two volume set. . Hard Cover. Very Good/No Dust Jacket Present.. 4to - over 9¾" - 12" tall.
Item Price
$40.00
$4.00 shipping to USA

Description:
Houghton Mifflin Co.:, 1917. 371 pages, one of 570 copies printed. "The James William Paiges (Massachusetts family) and the Websters were on very intimate terms and Mrs. Paige accompanied Mr. and Mrs. Webster and Julia on their trip to Europe in 1839. Mrs. Hariette (White) Paige kept a journal of this visit to England. The journal is here given in full, with a few footnotes added by Mrs. Paige." FINE HARDCOVER, with a good slipcase. 570 copies of this book was printed.. Hard Cover. Fine/Not Issued with a Dust Jacket.. 8vo - over 7¾" - 9¾" tall.
Item Price
$20.00
$4.00 shipping to USA

Description:
Boston, Ma.: Knight & Millet: 110 pages, no date of publication ca. 1900. "A special interest is added to the passages selected by the inclusion of the legends and traditions connected with the various flowers and plants mentioned by Dante." VERY GOOD- HARDCOVER, blue cloth covers, lettering is bright on the spine and cover.. Hard Cover. Very Good-/No Dust Jacket Present.. 12mo - over 6¾" - 7¾" tall.
Item Price
$75.00
$4.00 shipping to USA