Description:
Kent Town: Avonmore Books, 2021. First Edition. Paperback. New. Kent Town, Avonmore Books, 2021. Quarto, 108 pages with numerous illustrations (several in colour) and two colour maps. Colour pictorial card covers; a new copy. 'In 1942 the air defence of the northern Australian frontier town of Darwin was operated by airmen from the United States. That year was very nearly the end of Australia as a country. To those men the present nation owes a debt. A massive Japanese attack on Darwin on 19 February had left the town and its air base in ruins. An understrength squadron of USAAC P-40E Warhawks fought a gallant defence but was all but wiped out ...' (rear cover blurb).
Item Price
$27.88
$19.92 shipping to USA 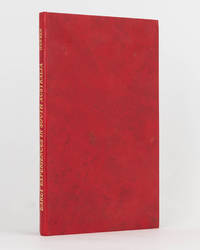 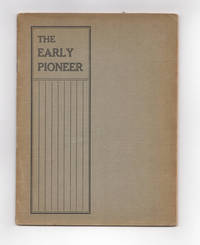 Description:
[Melbourne: George Robertson & Co, 1890. First Edition. Hardcover. [Melbourne, George Robertson & Co., circa 1890s]. Oblong duodecimo, a leporello comprising 12 postcard-size chromolithographs. Original blue pebble-grain cloth bordered in blind and lettered in gilt on the front cover, but lacking the original ribbon ties; covers lightly worn, mottled and marked; in good condition (internally fine). A scarce souvenir of rural Victoria at the end of the nineteenth century. The chromolithographs include 'Natives spearing Kangaroo', 'Alluvial Diggers', 'A Stampede', 'Yarding Cattle', 'Old Man Kangaroo at Bay', and 'A Buck Jumper'. The last one is curious - and inaccurate - to a fault; it depicts a rustic homestead and a couple of outbuildings, surrounded by post-and-railing fences, with the caption: 'Innamincka, Coopers Creek. Where Bourke [sic] the Explorer died'. Arthur Esam (1850-1934) looks good for the artwork.
Item Price
$597.53
$19.92 shipping to USA