Home > Bookstores > House of Our Own

Description:
Chicago, IL, U.S.A.: Rand McNally & Company, 1971. This book is a collection of original theoretical essays on various topics related to socialization, the process by which individuals acquire the knowledge, skills, and disposition that enable them to participate effectively in social interaction; following an introduction by the editor, the twenty-nine essays are divided into four sections: Theoretical Approaches to the Socialization Process, Content of Socialization, Stages of Socialization, Special Contexts of Socialization;1182 pages (tan textured cloth with gold lettering on front and spine; a bright, clean, tight copy; this is a very large, heavy volume that can only be shipped by domestic media mail without additonal shipping cost). First Edition. Fine/None.
Item Price
$24.95
$3.95 shipping to USA

Description:
Minneapolis, MN, U.S.A.: University of Minnesota Press, 1998. Trade Paperback. Near Fine. This is an overview of the thought of Hannah Arendt organized around three themes: the unfolding of identity through political action, the modern assault on a pluralistic world, and the effort to comprehend evil; it explains the theoretical and philosophical convictions behind her various, and often controversial, interventions in contemporary affairs; the final chapter connects Arendt's thought to contemporary social theory and political debates (cover has photo of Arendt on the front, very slight edgewear, otherwise a bright, clean, tight copy)
Item Price
$20.00
$3.95 shipping to USA 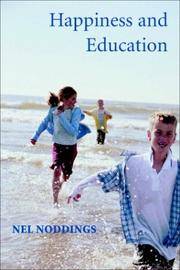 Description:
New York, NY, U.S.A.: Cambridge University Press, 2003. Hard Cover. Very Good/No Jacket. This book examines the connection between happiness and education; the chapters are divided into three parts: Happiness as an Aim of Life and Education, Educating for Personal Life, and Educating for Public Life; in the first part the author, former president of the John Dewey Society, explores various views on happiness, on the relation between suffering and happiness, and on the satisfaction of needs as a major aspect of happiness, and attempts to justify the establishment of happiness as an aim of education; these chapters provide a foundation for discussion of educating for happiness in personal life and in public life (tan paper-covered boards with blue lettering, two corners bumped, otherwise a good, clean, tight copy)
Item Price
$30.00
$3.95 shipping to USA

Description:
Philadelphia, PA, U.S.A.: Jewish Publication Society, 1985. Originally published in Yiddish and Hebrew, this is a classic study of Hasidism and the Haskalah, the Jewish Enlightenment, movements that clashed in the early 19th century and contributed to the shaping of modern Jewish culture; the author, born in Galicia, received a doctorate in history from the University of Vienna, did research on the history of Polish Jewry, and later settled in Israel where he became professor of Eastern European Jewish History at the University Tel Aviv and a leading member of Mapam, the left-wing Labor-Zionist party; translated from Yiddish by Eugene Orenstein, and from Hebrew by Aaron and Jenny Klein (black cloth with yellow lettering is slightly cocked; black pictorial dust jacket with photo of Polish synagogue on the front, author's photo on the back; a bright, clean, tight copy). First Edition. Hard Cover. Very Good/Near Fine.
Item Price
$28.00
$3.95 shipping to USA 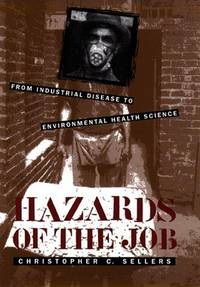 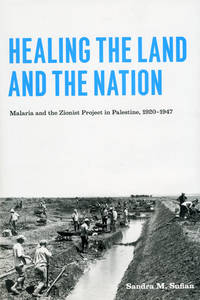 Description:
Chicago, IL, U.S.A.: University of Chicago Press, 2007. This is a study of the Zionist efforts to eradicate maleria by draining the swamps and reclaiming the land as part of its nation-building project in Palestine during the British Mandate (light gray cloth with silver lettering has slightly bumped corners; white & gray pictorial dust jacket with photograph on the front has slight edge wear; otherwise a bright, clean, tight copy; in stock & available for immediate shipment from a reliable independent bookstore). Hard Cover. Very Good/Very Good.
Item Price
$48.00
$3.95 shipping to USA 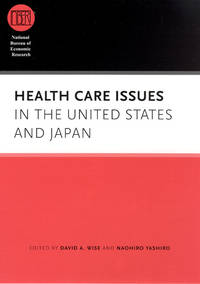 Description:
Chicago, IL, U.S.A.: University of Chicago Press, 2006. Hard Cover. As New/As New. This book includes papers presented at a conference in Japan in 2003 by a group of American and Japanese experts in health care economics that explore the structural characteristics of the health care systems in the United States and Japan, the economic incentives that underlie both systems, and how they operate in practice (textured black cloth with gold lettering on spine; black, white & red dust jacket; a bright, clean, tight copy in nearly perfect condition; in stock & available for immediate shipment)
Item Price
$24.95
$3.95 shipping to USA

Description:
New York , NY, U.S.A.: Harcourt Brace & Company, 1940. This book, by the author of Microbe Hunters, is a report on a five-year effort to promote a national health program and obtain the political support to enact it into law; de Kruif was a microbiologist, well-known as a writer on medical and science issues; signed by the author and inscribed to Alene Erlanger, a kennel owner and dog breeder who, a few months after Pearl Harbor, organized a national program, Dogs for Defense, to select and train dogs for military use in World War II (black covers with silver lettering on spine; front end paper removed; otherwise a bright, clean, tight copy; in stock & available for immediate shipment from a reliable independent bookstore). Inscribed By Author. First Edition. Hard Cover. Very Good/No Jacket.
Item Price
$40.00
$3.95 shipping to USA

Description:
Amsterdam, Netherlands: Associated Scientific Publishers, 1975. Hard Cover. As New/Very Good. This is a collection of papers and discussions from a symposium in 1974 on the second-order effects of industrial growth on human health; the symposium begins with the directly harmful effects of industry and the way they can be mitigated by pollution controls and legislation for the protection of health at work; it then considers the impact of industrialization on human health in developing countries, as illustrated by the experience in Ghana, Iran, India, South-East Asia, and Japan; the final section goes beyond the issues of occupational hazards and environmental pollution to consider the impact of industrial society as such on human health and well-being, with discussion of the concepts of health, disease,and medical care in a rapidly changing world (gray cloth with gold lettering; tan pictorial dust jacket with scratch on back; otherwise a bright, clean, tight copy)
Item Price
$20.00
$3.95 shipping to USA

Description:
New York, NY, U.S.A.: Pantheon Books, 1977. First Edition. Hard Cover. Fine/Very Good. Inscribed By Authors. Near Fine/Very Good: This book is a political critique of the American health care system and a comparison with the health care systems of Great Britain, Sweden, Russia, and China; it advocates a national health service based on centralized standards and local implementation in order to maximize health and provide humane care; inscribed by the authors and dated June, 1978 on the front end paper (white cloth with red lettering; white & tan dust jacket with red & black lettering, photos of the authors on the back flap, slight edgewear, slightly sunned along the edge; otherwise a bright, clean, tight copy)
Item Price
$24.95
$3.95 shipping to USA

Condition
Used - Near Fine
Binding
Hardcover
Quantity available
1
Seller
House of Our Own
Philadelphia, Pennsylvania
Seller rating:
This seller has earned a 5 of 5 Stars rating from Biblio customers.
Item Price
$30.00
$3.95 shipping to USA

Description:
Boston, MA, U.S.A.: Christopher Publishing House, 1949. Hard Cover. Near Fine/Good. Inscribed By Author. This is a collection of poems on composers of various nationalities; the author, born in Philadelphia, a professor at the University of Pennsylvania until 1918, wrote poetry, plays, and novels, translated Scandinavian and German poetry, and was the editor of Contemporary Verse from 1917-1925; inscribed, signed, and dated on the title page (maroon textured cloth with bright gold lettering on front and spine, corners very slightly bumped; plain blue dust jacket with black lettering has a few small edge tears, crease along edge)
Item Price
$30.00
$3.95 shipping to USA 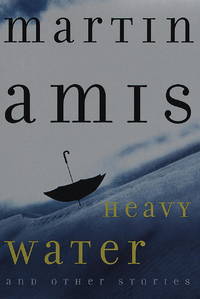 Description:
Cambridge, MA, U.S.A.: MIT Press, 1987. Originally published in Frankfurt in 1932, this is the first English translation of one of Marcuse's most important philosophical works, a study of Hegel's ontology from a Heideggerian or phenomenological perspective; includes a substantial introduction by the translator (green covers with white lettering; a bright, clean, tight copy in nearly perfect condition; in stock & available for immediate shipment from a reliable independent bookstore). Trade Paperback. As New.
Item Price
$95.00
$3.95 shipping to USA

Description:
Minneapolis, MN, U.S.A.: University of Minnesota Press, 1969. First Edition. Hard Cover. Very Good/Very Good. This book provides a critical analysis of five of Hemingways novels and a number of his short stories in order to demonstrate his use of style and technique, including satire. irony, and humor, in an attempt to purge both himself and his readers of the pretense, illusions, and sentiments of genteel American culture (light orange covers with black lettering, ends of spine slightly bumped; orange dust jacket is sunned along upper edge and spine with slight edge wear; otherwise a bright, clean, tight, unmarked copy)
Item Price
$24.95
$3.95 shipping to USA 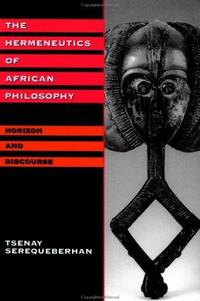 Description:
New York , NY, U.S.A.: Routledge, 1994. Trade Paperback. Very Good. This is the first book to explore African thought from the perspective of philosophical hermeneutics; it engages in a critical reading of the African liberation struggle and the insights of post-colonial African literature, bringing Heidegger and Gadamer into conversation with Senghor, Fanon, and Cabral (black pictorial cover with photo of African art on the front, very slight shelfwear; otherwise a bright, clean, tight copy)
Item Price
$30.00
$3.95 shipping to USA

Description:
London, England, U.K.: Macmillan Press, 1978. This book is a comparative study of one of the oldest forms of poetry, the narrative poem of great exploits; it examines the technique and contents of poems from many different countries and shows how heroic poets tended to compose in much the same ways; 600 pages (pictorial cover with illustration from the Parthenon on the front; slight edge wear and faint creases, otherwise a bright, clean, tight copy). Reprint. Trade Paperback. Very Good.
Item Price
$25.00
$3.95 shipping to USA

Description:
Tokyo, Japan: Morishita Ittetsu Photographic Office, 1978. This is a collection of full-page black & white photographs portraying the suffering and struggles of survivors of the Atomic bombing of Hiroshima and Nagasaki, published prior to the 1978 United Nations Special Session for Disarmament; includes photos and stories of 9 individual survivors as well as an international symposium on the effects of the bombing in August, 1977, and a march for the relief of Atomic Bomb victims in April 1977; text in Japanese and English (white textured cloth with Japanese title in red on the front and slightly rubbed English title in black on the spine; book is encased in white box with black & red lettering on the front & photos on the back; this is a bright, clean, tight volume; in stock & available for immediate shipment from a reliable independent bookstore). Hard Cover. Very Good. 1 1/4" X 11 1/4".
Item Price
$94.95
$3.95 shipping to USA

Home > Bookstores > House of Our Own