Description:
New York: Robert M. McBride & Co., 1933. 8vo. 288 pp. Photo frontisp., numerous photo plates, illustrations. Quarter-black cloth over photo-pictorial boards, cover art images of WWI (rubbing & wear to lower fore-edge, very minor bumping to couple corners), w/ d.j. photo cover art of images from World War I (minor edgewear, creasing), VG-/VG copy. Second printing of this remarkable memoir recounting the World War I espionage adventures of this Belgian nurse working at a German military hospital in Roulers, and passing on information to British Intelligence during the war. She was eventually captured after a sabotage bombing of an ammunition depot, and served two years as a prisoner-of-war rather than being executed due to having received prior the Iron Cross from the German Army.
Item Price
$145.00
$4.80 shipping to USA

Description:
[London]: Institution of Electrical Engineers, 1938. 4to. 31, [1] pp. Numerous diagrams, charts, graphs. W/o wrappers as issued, minor dustoilng, VG, w/ annotations of H.J. Howard on bk cvr. First edition of this proof copy of paper to be presented before the IEE.
Item Price
$12.50
$4.80 shipping to USA 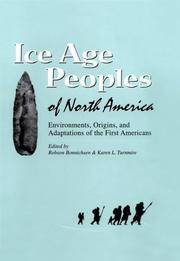