Home Bookstores House of Our Own Books

Description:
London, England, U.K.: Unwin Hyman, 1988. Trade Paperback. Very Good. This is the first anthology of selections from the major writings of Hobson, one of the most influential social, economic, and political theorists of late 19th and early 20th century Britain; it includes extracts from The Evolution of Modern Capitalism, The Problem of the Unemployed, The Economics of Distribution, The Social Problem, Imperialism: A Study, The Industrial System, The Crisis of Liberalism, The Science of Wealth, Work and Wealth, The New Protectionism, Problems of a New World, Free-Thought in the Social Sciences, A Living Wage, Wealth and Life, Rationalisation and Unemployment, Towards Social Equality, Democracy and a Changing Civilisation, and other works; a general introduction by the editor places Hobson in the intellectual context of his times (gray & light blue cover with very slight edgewear, otherwise a bright, clean, tight copy)
Item Price
$75.00
$3.95 shipping to USA

Description:
Cranbury, NJ, U.S.A: Fairleigh Dickinson University Press, 1984. Hard Cover. Very Good/Near Fine. This is a collection of papers from several scholarly meetings on Meiji, Japan, conducted by the Association for Asian Studies and the American Historical Association; the essays, by both Asian and American scholars, emphasize the intellectual and cultural as well as the political and social aspects of the era, and are grouped under five sections: Establishing Order, Ideas in the Air, International Treaties and National Security, Problems and Solutions in Thought and Action, and The Darker Side; includes photographs from the collection of Anna Brinton, a Quaker missionary to Japan (black cloth with gold lettering, corners slightly bumped; pictorial dust jacket in mylar cover; a bright, clean, tight copy)
Item Price
$65.00
$3.95 shipping to USA 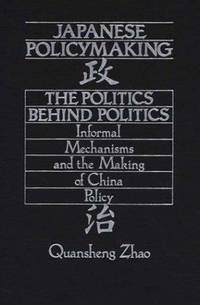 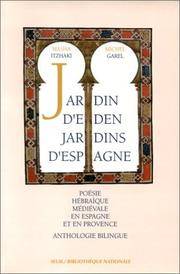 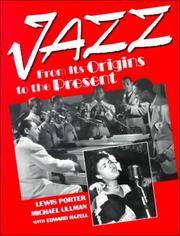 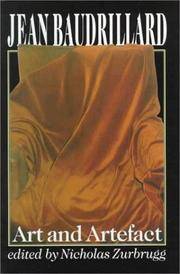 Description:
Thousand Oaks, CA, U.S.A: Sage Publications, 1997. Hard Cover. Very Good/No Jacket. This book offers a reappraisal of Baudrillard's thoughts on the image, radical illusion, and media culture; most of the essays by Baudrillard and other contributors were first presented in April 1994 at a symposium held at the Institute of Modern Art in Brisbane, Australia, in conjunction with the opening of the first comprehensive retrospective survey of Baudrillard's photographs, prior to its exhibition in Sydney, Adelaide, and Melbourne; in recent essays and interviews, Baudrillard discusses his thoughts on the photographic image, urban reality, aesthetics, virtual reality and new media technologies, followed by responses by a number of Baudrillard scholars; includes color plates of Baudrillard's photographs and a bibliography of critical responses to his writings (laminated paper-covered boards, former university library copy stamped on edges but without card pocket or other library markings; small scrapes on… Read More
Item Price
$75.00
$3.95 shipping to USA 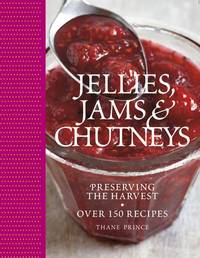 Description:
Gainesville, FL, U.S.A.: University Press of Florida, 2003. Half Cloth. As New/As New. The author, a political scientist at Bar-Ilan University and an Israeli advisor during the Camp David talks, analyzes the negotiations over Israeli-Palestinian territorial disputes, particularly the Camp David talks of 2000 and the Taba talks of 2001, concentrating on discussions over the future of Jerusalem; he argues that the negotiations created a negative dynamic and that the violent outcome was neither inevitable nor entirely determined by the personalities of the participants; he contends that the Israeli and Palestinian negotiators and leaders interacted destructively and that the American interaction with both sides was detrimental; beginning with the official permanent status talks, he tracks the diplomacy on all sides from 1994 onward (black cloth with silver lettering and red paper-covered boards; pictorial dust jacket with photo of Jerusalem on the front)
Item Price
$40.00
$3.95 shipping to USA

Description:
Chapel Hill, NC, U.S.A: University of North Carolina Press, 1984. Hard Cover. Near Fine/No Jacket. A history of religious liberty in America that argues that its expansion to non-Christians was not an inevitable result of the Revolution or of the Constitution but had to be fought for in legislative halls, constitutional conventions, and in state and federal courts; in the 19th century, in response to a resurgent Protestantism, some Jewish leaders insisted upon equality before the law, so that the Jewish presence in America and its vigilence were significant factors in broadening the definition of religious liberty (tan cloth with black lettering, a bright, clean, tight copy)
Item Price
$20.00
$3.95 shipping to USA

Description:
New York , NY, U.S.A.: Macmillan, 1925. This is a two-volume biography of Joan of Arc, based on official documents, letters, and contemporary chronicles; the author, best known as Mark Twain's secretary and authorized biographer, later lived in France where he visited every place associated with her life and followed the routes of her journeys; he was awarded the Legion of Honor by France for this work; includes many illustrations (blue textured cloth with gold lettering and decoration; two slightly bumped corners, otherwise these are bright, clean, tight copies in nearly perfect condition: in stock & available for immediate shipment from a reliable independent bookstore). First Edition. Hard Cover. Near Fine/No Jacket.
Item Price
$150.00
$3.95 shipping to USA

Description:
London, England, U.K.: Working Press, 1987. Trade Paperback. Fine. The story of an ordinary man, narrated in 54 black & white images, set against the background of the 1985 riots, nuclear threat, and ever present struggle in South Africa; it is an attempt to expose the prejudices, values, and biases imposed on working class culture by capitalism; John is born into a rigid, degrading culture in which his life appears mapped out; like his parents before him, he is educated to exist as a consuming wage slave, but his education is not enough to do anything about it; the story is essentially about roles and the way they are used as props for an authoritarian society (black & white pictorial cover; a bright, clean, tight copy)
Item Price
$14.95
$3.95 shipping to USA 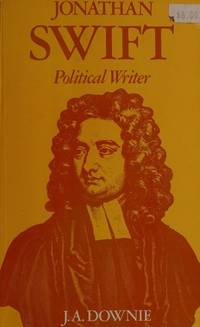 Description:
London, England, U.K.: Routledge & Kegan Paul, 1985. Trade Paperback. Very Good. This biography of Swift offers an account of his political ideas and provides a critical commentary on his major works; it proposes a revision of the prevailing view of Swift's politics and argues that he was neither Whig nor Tory, but usually adopted the standpoint of a disinterested spectator witnessing the affectation of Whig and Tory alike (dark yellow cover with tan lettering & portrait of Swift on the front, very slight edgewear; otherwise a bright, clean, tight copy)
Item Price
$27.50
$3.95 shipping to USA

Description:
New York, NY, U.S.A.: Oxford University Press, 1977. Hard Cover. As New/No Jacket. Lowinsky, Edward E. (editor). This is a volume of collected papers and proceeedings from an international conference on the Renaissance composer Josquin des Prez, together with three 33 1/3 rpm recordings of music performed at the conference workshops on Motets, Secular Music, and The Masses; includes many illustrations and musical examples (bright red cloth with gold lettering on spine in dark blue slipcase with gold lettering and portrait of Josquin on the front; records are contained in separate blue case inside the slipcase; all in beautiful condition)
Item Price
$140.00
$3.95 shipping to USA

Description:
Washington, DC, U.S.A: American Council on Public Affairs, 1943. Hard Cover. Very Good/No Jacket. A collection of articles by leading American journalists contributed to a symposium published in book form for the 34th annual Journalism Week, a national forum for journalists at the University of Missouri School of Journalism (the world's first journalism school, founded in 1908); the articles, on the conduct and problems of journalism during wartime, are grouped under eight headings: The General Picture, Censorship, The Battle Fronts, Dateline Washington, Specialized Fields, Special Problems, The Public and the Press, and Post-War Reconstruction (gray cloth with blue lettering, including all contributor's names on front cover, edges slightly worn, spine slightly sunned, otherwise a good, clean, tight copy)
Item Price
$250.00
$3.95 shipping to USA

Description:
Ann Arbor, MI, U.S.A.: University of Michigan Press, 1964. Hard Cover. Very Good/No Jacket. Better known for his Letters from an American Farmer, Crevecoeur published this account of an imaginary journey through Pennsylvania and New York, describing a cultured, agrarian utopia, in 1801, a decade after his return to France, in order to recapture as well as capitalize on his earlier success (dark blue cloth with gold letterinig, very slight shelfwear, front endpaper is corner-clipped, otherwise a good, clean, sturdy copy)
Item Price
$25.00
$3.95 shipping to USA

Description:
Concord, CA, U.S.A.: Small Poetry Press, 2002. Trade Paperback. Fine. Signed by Author. This is the fifth poetry collection by Ida Fasel, an English professor at the University of Colorado at Denver; signed by the author on the title page (a bright, clean, tight copy)
Item Price
$50.00
$3.95 shipping to USA