Description:
(Subject: Aviation - General) The story of the Japanese suicide pilots from early 1944 to the Japanese surrender. They inflicted more losses and damage to US vessels, and caused more casualties than any single Pacific land battle of WWII. They were raised and inspired by Admiral Ohnishi, the former Chief of Staff to Admiral Yamamoto. (Published: 1985) (Publisher: Guild Publishing) (Pagination: 333pp, 12 illustrations) (Condition: Very good in slightly chipped dw) UL-XXXXXX
Item Price
$11.89
$12.92 shipping to USA 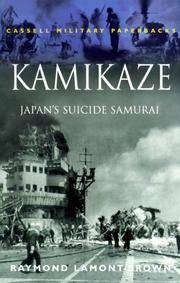 Description:
(Subject: Aviation - General) The reasons why the Japanese Armed forces resorted to the Kamikaze tactics, when and how the recruits were located, enlisted and trained, why the trainers of these men were not allowed to take part in the operations, their successes and failures, how they were viewed by the Japanese people, and by the Allied fighting men facing them. (Published: 2000) (Publisher: Cassell) (ISBN: 9780304352005) (Pagination: 192pp illustrations) (Condition: Small bump at the top of the spine. Very good in card covers) UL-XXXXXX
Item Price
$5.94
$12.92 shipping to USA

Description:
(Subject: Aviation - General) The story of the Japanese suicide pilots from early 1944 to the Japanese surrender. They inflicted more losses and damage to US vessels, and caused more casualties than any single Pacific land battle of WWII. They were raised and inspired by Admiral Ohnishi, the former Chief of Staff to Admiral Yamamoto. (Published: 1985) (Publisher: Guild Publishing) (Pagination: 333pp, 12 illustrations) (Condition: Fair in torn dust wrapper) UL-XXXXXX
Item Price
$8.91
$12.92 shipping to USA 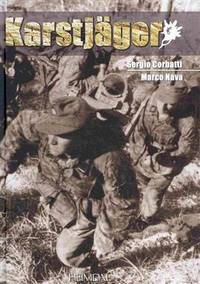 Description:
(Subject: Aviation - General) Writing in World War Two's penultimate year, the author shows in detail the ingenuity and rapidity with which Germany prepared for re-armament after 1918. He goes on to describe methods for the preservation of the future peace by the vigilant supervision and, where necessary, the intervention of Allied air forces. (Published: 1944) (Publisher: Allen & Unwin) (Pagination: 172pp b/w photos. Bibliography.) (Condition: Small piece of d/w missing top right, very slight foxing on endpapers, o/w good) UL-XXXXXX
Item Price
$13.37
$12.92 shipping to USA

Description:
(Subject: Political & Biographies - General) Mustafa Kemal Atatürk was the founder and the first President of the Republic of Turkey. He established himself as a brilliant military commander in the Battle of Gallipoli. Following the defeat of the Ottoman Empire by the Allies Mustafa Kemal led the Turkish national movement in what would become the Turkish War of Independence. As the Republic's first president he introduced a range of far reaching reforms to create a modern, democratic and secular state. (Published: 1937) (Publisher: Jarrolds) (Pagination: 256pp, 20 ills, index) (Condition: grey cloth, spine darkened & rubbed, text g) UL-XXXXXX
Item Price
$26.74
$12.92 shipping to USA

Description:
(Subject: Aviation - World War II ) An account of the long, hot Summer of 1940. Kent was at the centre of the storm as Goering's mighty Luftwaffe was met by the steely tenacity of the RAF's Hurricanes and Spitfires. The courage of the brave young fighter pilots is well known. But supporting them on the ground were countless ordinary men and women. They maintained the airfields, they fought the fires, they restored essential services, tended the wounded and cared for the homeless. This book recalls the days of anxiously watching the vapour trails of dogfights in blue skies above Kent's towns and villages. (Published: 2013) (Publisher: Countryside Books) (ISBN: 9781846741654) (Pagination: 176pp, c80 b/w photos) (Condition: New in card cover) UL-XXXXXX
Item Price
$19.30
$12.92 shipping to USA 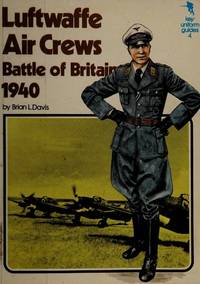 Description:
(Subject: Political & Biographies - General) The autobiography of Field Marshal Lord Birdwood with a foreword by The Rt. Hon Winston Churchill. Lord Birdwood served in the Indian Army, The Boer War and WWI. He commanded the ANZAC Corps at Gallipoli, the Australian Corps in France and, later, the 5th Army. In 1925 he was appointed C-in-C,India and in 1930 he became Governor General of Australia. This copy has a tipped in letter from the Field Marshall to a previous owner, bearing the inscription "Sincerely, Birdwood of ANZAC" (Published: 1941) (Publisher: Ward Lock Ltd.) (Pagination: 456pp, numerous b&w photos, 4 fold out full color maps) (Condition: Good in blue cloth, slightly rubbed & knocked, no d/w) UL-XXXXXX
Item Price
$52.00
$12.92 shipping to USA

Description:
(Subject: The Third Reich - General) Pages browning.The only successful assassination of a leader of the Third Reich during WWII. Heydrich was the organizer of the SD, head of the RHSA, planner of the Final Solution and Reichsprotektor of Bohmia-Moravia. This book examines his career, the reasons for the assassination, the operation and aftermath. (Published: 1989) (Publisher: Macmillan) (ISBN: 0029195616) (Pagination: viii + 239pp, 33 photos,) (Condition: Good in d/w) UL-XXXXXX
Item Price
$11.89
$12.92 shipping to USA