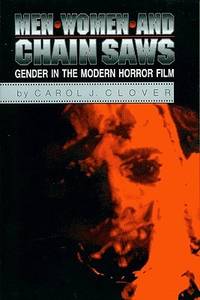 Description:
Good used condition.Do the pleasures of horror movies really begin and end in sadism? So the public discussion of film assumes, and so film theory claims. Carol Clover argues, however, that these films work mainly to engage the viewer in the plight of the victim-hero - the figure, often a female, who suffers pain and fright but eventually rises to vanquish the forces of oppression.
Item Price
$25.66
$14.30 shipping to USA