Description:
London: W. Wright, 1820. First edition in English. Hardcover. Very good. 8vo. xvi,402pp. followed by a 2pp publisher's catalogue. Contemporary half calf; spine with simple gold rules, red leather lettering piece, gilt, marbled paper boards, hand-colored frontispiece of the interior of a Harem; folding map. The map has an unobtrusive repair of a short marginal tear (no loss). The map, endpapers and frontispiece are lightly soiled, board papers and edges generally worn and rubbed; else a very good copy. Armorial bookplate of John Gregory Crace, and with an inscription on a preliminary blank: "To Emily Patan from her affectionate husband J. F. Patan. Calcutta 1826." First edition in English of these letters written by Joseph Michel Tancoigne during his voyage to Persia between 1807 and 1809, as a member of the French embassy of the general Gardane, the first of the three French embassies to Persia in the nineteenth century. First published in Paris under the title "Letres sur la… Read more
Item Price
$1,250.00
$6.00 shipping to USA

Description:
Santa Fe: Pennyroyal Press; The Press at the Palace of Governors, 2020. Limited edition. Hardcover. Fine. Illustrated by Barry Moser.. Small folio. Finely printed on Zerkall Book paper by Tom Leech and James Bourland at the Palace Press in an edition of 60 copies. This is copy No. 36. 122,(4)pp. The typeface is Pennyroyal Book designed in 2018 by David Jonathan Ross. Illustrated with full page woodcuts by Barry Moser, printed on a vintage Whitman mould made sheet. Finely bound by Priscilla Spitler in beige bookcloth with a depressed area on the upper board to contain the printed paper label. The endpapers are double marbled by Tom Leech. A fine, as new copy housed in a fine cloth clahshell case lined with Leech's marbled paper, the spine of which also has a depessed area for the printed paper label. This edition of Douglass' Autobiography celebrates a double anniversary: The 175th anniversary of the first appearance of the Narrative and the 50th anniversary of the Pennyroyal Press.
Item Price
$950.00
$6.00 shipping to USA 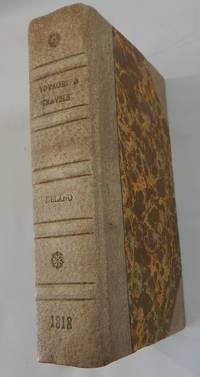 Description:
Boston: E. G. House, 1818. First edition. Hardcover. Very good. 8vo. 598pp. Folding map and two plates, one a portrait of the author, the other of Abba Thulle. The second edition, identical to the first. Modern half pigskin, spine tooled in blind, marbled paper boards and endpapers. occasional light foxing else a very good copy. Includes a biographical sketch, 'written by a friend', who, according to Hill, was probably Horace Holley. The author visited Palau, Hawaii, Galapagos, Manila, Canton, Macao, New Guinea, Australia, East Indies, Chile and Peru. Howes D233. Hill, 83; Ferguson, 673. Forbes, 463, which notes that this Narrative is particularly important for its text concerning Bligh, the Bounty and Pitcairn Island "part of which appears nowhere else." The folding plate is of Pitcairn.
Item Price
$500.00
$6.00 shipping to USA 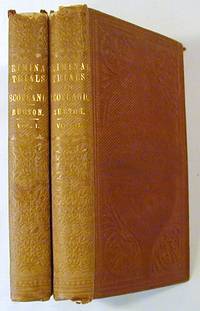 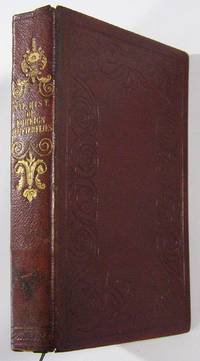 Description:
Edinurgh: W. H. Lizars, 1837. First edition. Hardcover. Near fine. 12mo. 206pp. Contemporary full red leather, gilt spine title, boards embossed in blind, gilt inner dentelles, yellow coated endpapers, all edges gilt. Billed as having 33 plates: there are 30 handcolored plates of butterflies (one double, making 31), an engraved title page with a handcolored vignette, and an engraved frontispiece. As the Preface explains, this totals 33 plates. In addition to the engraved title, the typeset title is also present. The colored plates have all offset to some degree onto the facing pages; in all cases but one this offset is to a facing blank page; the exception is the engraved title which has offset to the frontispiece. Two small chips to the spine tips, only a trace of wear to the binding, else this is a fine copy with bright coloring.
Item Price
$650.00
$6.00 shipping to USA 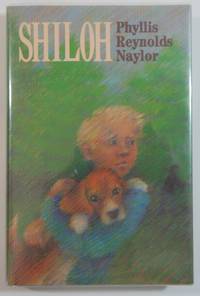 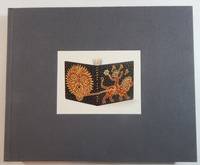 Description:
New York: The Grolier Club, 2006. Hardcover. Fine. Oblong, 9.25 x 11.25 inches. xii, 212 pages. Frontispiece photograph of Neale Albert. Illustrated throughout with color photographs of the miniatures by photographer Tom Grill. Grey cloth, spine gilt, illustrated paste-on of a miniature book on the upper board. A fine copy. In publisher's grey cloth slipcase, a trace of rubbing on the bottom else fine as well. Catalogue of an exhibition held at the Grolier Club in 2006.
Item Price
$125.00
$6.00 shipping to USA 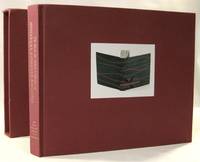 Description:
Londini: Sumptibus Societatis, 1838. Early Edition. Hardcover. Fine. 8vo. 4,xxxii,80pp. Two page with facsimiles of the original manuscripts lithographed in red, black and blue. Title page in red and black and with an engraved medallion of the English Historical Society, which published this edition. Includes bibliographical references and index. Preface in English; the manuscript recension in Latin. Recently bound to style with vellum spine, white vellum paper boards, vellum corners, marbled paper endpapers; original red leather lettering label, gilt. A fine copy and nicely printed. One of the earliest publications of the works of Nennius, who flourished in the 8th century and has given us some of the first written descriptions of King Arthur and his battles.
Item Price
$300.00
$6.00 shipping to USA 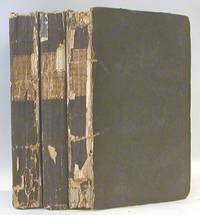 Description:
London: Henry Colburn, 1826. First edition in English. Hardcover. Very good. Three volumes. 12mo. xxvii,(1),264;(2),274;(2),249(1),6pp. (Includes 6 page publisher's catalogue at end of Volume 3). Original drab paper boards, paper spine labels. Spines and labels worn and chipped, else a very good copy; the text pages are untrimmed. The first edition in English of Joseph von Hammer-Purgstall's edition of the Arabian Nights. He was an Austrian Orientalist who served in the Levant. One of his early commissions in Constantinople was to seek out a manuscript copy of the Nights, but failed. Later, in Egypt, he apparently succeeded. This was the first manuscript discovered which had the ending in which Shahriyar repents of executing Sheherazade. The manuscript and his translation into French have been lost, but a German version survives and is the basis for this translation into English.
Item Price
$750.00
$6.00 shipping to USA 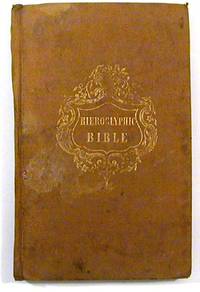 Description:
Edinburgh: Oliver & Boyd, 1818. Hardcover. Very good. 12mo. 108pp. Publishers original drab brown cloth; upper board blocked in gilt with title within a floral design. Ink name on front pastedown. Cloth soiled, binding lightly shaken, gilt rubbed else a very good copy. The date of publication is taken from the Advertisement, page 4. This seems to be the first Oliver and Boyd printing of a hieroglyphic Bible and the second Edinburgh printing after the Doig and Sterling edition of 1814. The accepted publicaton date for this Bible is 1818; three other known copies are known to have been issued either in quarter leather and marbled paper boards, or in printed card covers. Our copy is in what is clearly publisher's cloth with gilt blocked on the upper board. This combination is unknown before 1826. It is likely, then, that the textblock, while printed earlier, was bound after 1826. Exceedingly scarce. Protected in a custom clamshell box.
Item Price
$1,000.00
$6.00 shipping to USA 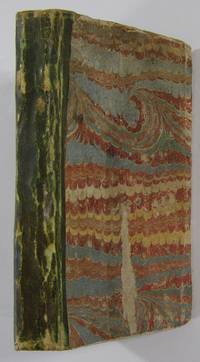 Description:
London: E. Newbery, 1791. Hardcover. Good. Eighth edition, with additions. 12mo. 180pp. Illustrated with full page plates; the frontispiece is handcolored. Leather spine, marbled paper boards. Spine and boards are well rubbed and worn at the edges, part of the front free endpaper has been cut away, else this is a good copy. According to the ESTC, The Reverend Mr. Cooper is a pseudonym; attributed to Richard Johnson. ESTC T135564.
Item Price
$250.00
$6.00 shipping to USA 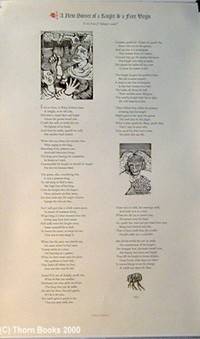 Description:
San Francisco: Bullnettle Press, 1998. Broadside. Fine. A Broadside, finely printed by Asa Peavy in red and black on a Legion Letterpress in an edition of 208 copies. Wood engravings by George Walker. The text is from 'A Crowne-Garland of Goulden Roses', London, 1612. This is the first printing of the Arthurian sonnet since then, and a very nice job Asa has done of it. The three wood engravings are well executed: The knight and the maid; the hag; and the (absolutely stunning) flea. Unframed; shipped rolled.
Item Price
$50.00
$6.00 shipping to USA 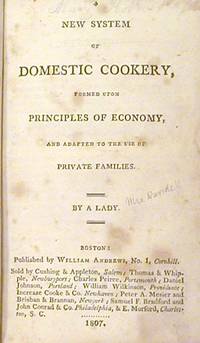 Description:
Boston: Published by William Andrews, 1807. First US edition. Hardcover. Very good. 24mo. (vi),xx,296,(ii)pp. Original half leather, marbled paper boards. Spine with gilt title and simple gilt rules. Lacks tip of spine, general wear to the boards, occasional foxing, but still a very good copy. This is a fascinating and important cookbook. It has almost no attempt at American adaptation, but it is well written and contains an enormous number of recipes. The book was written by Mrs. Rundell to teach her married daughters the art of household management and of cookery. Rare. Housed in a protective box.
Item Price
$1,000.00
$6.00 shipping to USA

Description:
Santa Fé: Press at the Palace of the Governors, 1995. Limited edition. Hardcover. Fine. Folio: 9½ by 15 inches. Twenty-five hand-colored prints of saints, each mounted onto a die-cut paper triptych with letterpress text and with embossed and curved upper margin. The artwork is by Catherine Ferguson, and Spanish Colonial Arts scholar Donna Pierce provided the text. All are housed in a magnificent arched case with two doors and closing clasp, cloth and lined with Florentine and gilt papers. One of 150 numbered copies signed by the artist, the author and the printer, Pamela Smith. This is number 17. This production of the Press took five years to produce (including two years alone for the hand coloring) involving the the staff of the press and a number of dedicated volunteers. It was awarded the American Associations of Design award. A fine copy, complete. See "Passions in Print", pp. 164-167, where Pamela Smith calls this one of the most ambitious projects ever… Read more
Item Price
$2,500.00
$6.00 shipping to USA 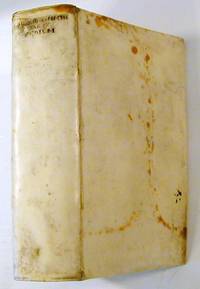