Home Bookstores House of Our Own Books

Description:
Lexington, MA, U.S.A: Lexington Books / D. C. Heath, 1983. Hard Cover. Very Good/No Jacket. This book originated in a conference organized by the World Peace Foundation and co-sponsored by the Ditchley Foundation of Britain on the post-independence prospects for Namibia; the first chapter by Nicholas Watts examines the roots of the controversy over South-West Africa before and after the demise of the League of Nations; the second chapter by Robert Rotberg examines the political and economic realities of the settlement of the controversy; the third chapter by Wolfgang Thomas examines the economy in transition to independence: the fifth chapter by Kate Jowell analyzes the economic priorities for an independent Namibia; the sixth chapter by Stanley Uys examines SWAPO's prescriptions for post-independence Namibia (light yellow decorative cloth with red lettering, very slight shelfwear, otherwise a bright, clean, tight copy)
Item Price
$50.00
$3.95 shipping to USA 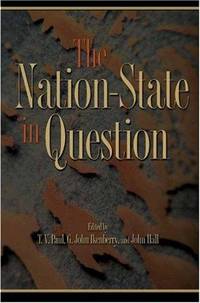 Description:
Princeton, NJ, U.S.A.: Princeton University Press, 2003. Trade Paperback. As New. This book, sponsored by the University of Montreal-McGill Research Group in International Security and the University of Pennsylvania Center for International Politics, brings together prominent scholars from comparative politics, international relations, and sociology to assess the condition of the nation state in an era of rapid social change
Item Price
$24.95
$3.95 shipping to USA

Description:
Washington, D.C., U.S.A.: U.S. Department of Health, Education, and Welfare, 1974. Trade Paperback. Very Good. This is a study of the Swedish health services which details the structures, processes, and methods of national and regional health planning, with comparisons to health planning in the United Kingdom and the United States; because health planning does not occur in a vacuum, it also describes the political structure of the country, the structure of its health services, and the process of its socioeconomic development (plain white cover with blue lettering, slight edgewear, otherwise a good, clean, tight copy)
Item Price
$30.00
$3.95 shipping to USA 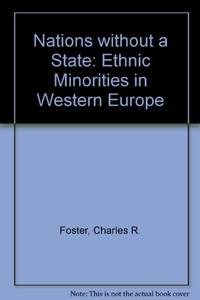 Description:
New York, NY, U.S.A.: Praeger Publishers, 1980. Hard Cover. Near Fine/No Jacket. Inscribed by Editor. A collection of essays on the resurgence of ethnic identity in Europe; the editor has chosen nine linguistic territorial regions which could be defined as nations without states, including Scotland, Wales, the Basque and Catalan regions, Corsica, Brittany, South Tyrol, and the Jura; the essays examine the causes and effects of political mobilization of the various groups; two of the regions, South Tyrol and the Jura, are in states in which the central government has made accomodations for their political and economic self-determination, the others are in various stages of revolt (brown textured cloth with bright gold lettering, inscribed by the editor in 1983 on the front end paper)
Item Price
$95.00
$3.95 shipping to USA

Description:
Canberra, Australia: Aboriginal Studies Press, 1966. Originally published in 1904, this is a facsimile edition (not print-on-demand) of a classic work of Australian anthropology, based on forty years of explorations of central Australia and investigations of the social organization, customs, and beliefs of the indigenous Australians (pictorial cover, pages very slightly tanned; otherwise a bright, clean, tight copy in nearly perfect condition; in stock & available for immediate shipment from an independent bookstore). Reprint. Trade Paperback. Near Fine. Facsimile.
Item Price
$74.95
$3.95 shipping to USA

Description:
Princeton, NJ, U.S.A.: Princeton University Press, 1952. This history of Roman comedy is primarily a study of the work of two comic poets, Plautus and Terence; it examines the background and history of Roman comedy, the staging and presentation of the plays, the nature of the comedies, including stage conventions, plot structures, suspense and irony, delineation of character, moral tone of the plays, humor in situation, character and language, the originality of the authors and their relation to the Greek originals, their influence on later comedy in the 16th and 17th centuries; includes illustrations (dark red cloth with silver lettering, ends of spine slightly creased, foredge has light foxing; yellow dustjacket with brown lettering is slightly shelfworn; otherwise a good, clean, tight copy). Third Printing. Hard Cover. Very Good/Good.
Item Price
$20.00
$3.95 shipping to USA

Condition
As New
Binding
Hardcover
Quantity-available
1
Seller
House of Our Own Books
Philadelphia, Pennsylvania
Seller rating:
This seller has earned a 5 of 5 Stars rating from Biblio customers.
Item Price
$40.00
$3.95 shipping to USA

Description:
Industrial Research Unit, Wharton School of Finance and Commerce, University of Pennsylvania, 1970. Hard Cover. Very Good/Very Good. This book investigates Negro emloyment in the banking and insurance industries in the United States; it describes how these once almost all-white industries began to employ large numbers of Negroes, and what problems remained to be solved before equal employment opportunity could be fully attained; a final chapter compares and contrasts the situations in banking and insurance; appendices tell the story of Negro-owned banking and insurance companies; this study is based upon individual reports in the Racial Policies of American Industry Series (dark blue cloth with gold lettering; red & white dust jacket with black lettering; both cover and dust jacket have very slight edgewear, otherwise a bright, clean, tight copy)
Item Price
$25.00
$3.95 shipping to USA 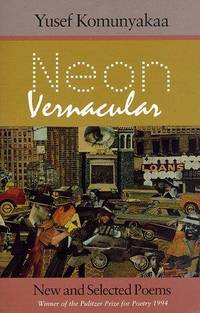 Description:
Cambridge, MA, U.S.A: Schenkman Publishing Company, 1980. Trade Paperback. Very Good. The essays in this volume evolved from two conferences, both of which focused on issues relating to managing urban decline, the first titled "Alternate Futures for Older Metropolitan Regions" held at Youngstown State University and the University of Akron in May, 1978, and the second titled "Managing Mature Cities" held at the Cincinnati Convention Center in June, 1978; the authors offer several perspectives on the aging of older metropolitan regions, suggesting that aging need not be synonymous with decline and that slow-growth or no-growth offers opportunities for improving the quality of life for city residents (very slight edgewear, three sentences lightly underlined, otherwise a good, clean, tight copy)
Item Price
$15.00
$3.95 shipping to USA

Description:
New York , NY, U.S.A.: New Directions, 1949. Hard Cover. Very Good/Good. A volume of the annual editions published by New Directions, it presents a highly varied selection of new avant garde and experimental writing from America and abroad, including stories, poems, plays, and essays by forty-five authors; the highlights listed on the dust jacket include a study of Rimbaud by Henry Miller, excerpts from Genet's Our Lady of Flowers, a story and three poems by Tennessee Williams, an essay on the painter Dove by Duncan Phillips (with reproductions), a dance play by Kenneth Rexroth, an essay on the situation of American writers by Stephen Spender, poems by contemporary Japanese poets, a short novel by John Hawkes, two stories by Borges (including The Circular Ruins), and new poems by William Carlos Williams; introduction by the editor (tan cloth with green lettering has slight creases at ends of spine; yellow dust jacket with small photos of some of the contributors on the front has edgewear with… Read More
Item Price
$25.00
$3.95 shipping to USA

Description:
Yeovil, England, U.K: Dower House Publications, 1991. Trade Paperback. Very Good. This volume, published for the International Council on Agriculture and Trade, is the official proceedings of a conference convened at Budapest University of Economics, which brought together for the first time in forty years the political, business and farm leaders from every country in central and eastern Europe, as well as the Soviet Union, to discuss the problems of reforming agriculture in the region; includes appendices with an overview of agriculture in six different countries, and a section of statistical charts and tables (dark red cover with slight shelfwear, otherwise a bright, clean, tight copy)
Item Price
$45.00
$3.95 shipping to USA

Description:
New York, NY, U.S.A.: W.W. Norton & Company, 1986. Trade Paperback. Very Good. This volume is one of a series of short biographies derived from The New Grove Dictionary of Music and Musicians and includes five major Russian composers; each biography covers the composer's life and works, followed by a complete list of the works and a bibliography; includes photographs and other illustrations (black pictorial cover with white & red lettering, slight edgewear; otherwise a bright, clean, tight copy)
Item Price
$19.95
$3.95 shipping to USA 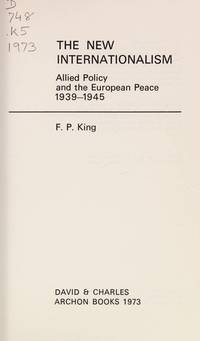 Description:
Thousand Oaks, CA, U.S.A.: Sage Publications, 1993. Reprint. Trade Paperback. As New. This book provides a new perspective on the status of class in modern society, as the fragmentation of established class structures and the emergence of new social movements have altered traditional expressions of class; it proposes a cultural conception of class as the basis for understanding modern societies; it re-evaluates the role of the middle classes and links class to social theories of power and cultural capital, producing a cultural theory of class which incorporates the changing forms of collective action and the new social movements (black & green cover with white lettering; a bright, clean, tight copy)
Item Price
$23.50
$3.95 shipping to USA 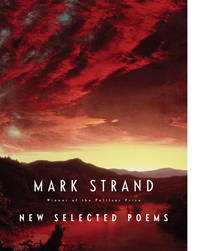 Description:
New York, NY, U.S.A.: Alfred A. Knopf, 2007. First Edition. Quarter Cloth. Very Good/Fine. Published 25 years after his first Selected Poems, this is a new selection of the poetry of the Pulitzer Prize poet Mark Strand, one that spans his entire career, which the poet Louise Gluck praised as an achievement of the highest order (tan cloth with gold lettering & red paper-covered boards has previous owner's name on the front end paper; pictorial dust jacket with Frederic Church painting on the front, author's photo on the back; a bright, clean, tight copy)
Item Price
$24.95
$3.95 shipping to USA 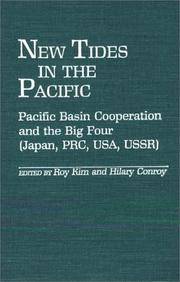