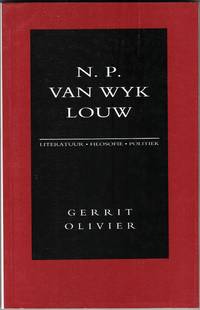 Description:
(Natal Education Department, 1975). 240 x 180 mm; original wraps; pp. (iv) + 116; numerous photographs. Inner wraps a little browned; few small creases. Very good condition. Chiefly Afrikaans text. "This special issue of N.E.O.N. magazine commemorates the century 1875-1975, during which Afrikaans became a living language in South Africa. The articles contained in it deal more particularly with the growth of Afrikaans in Natal itself. The writers, many of them authorities on Afrikaans language and literature, have brought forward much valuable information. They have also not overlooked the contribution of distinguished journalists, editors, pioneers of radio, educationalists, drama producers, and others in the field of Afrikaans life and culture. ... I venture to predict that in the years to come students of Afrikaans will find N.E.O.N. 18 a useful compendium of significant facts concerning the language." - Preface. .
Item Price
$6.17
$14.62 shipping to USA

Description:
(Cape Town: Botanical Society of South Africa, 2005, 3rd revised edition) 0874999309. 8vo; limp. plasticised boards; endpaper maps; pp. 215; map; full-colour photographs; line drawings; leaf keys. Near-fine condition. "Annelise Le Roux has now put together this new edition of the Namaqualand Guide taking into account the latest taxonomic developments and added a further 232 species, many of them succulents from places like the Richtersveld and Knersvlakte. ... Advantage has been taken of latest techniques in the printing industry to, not only produce superb colour images but also modify page layouts so as to allow greater attention to the different species diagnostic features where appropriate. ... This latest expanded edition of the Namaqualand Guide is commended not only to first time buyers but also owners of earlier editions of the guide." .
Item Price
$18.51
$14.62 shipping to USA

Description:
(Cape Town: Botanical Society of South Africa, 1988, revised edition) 0620121149. 210 x 146 mm; laminated pictorial wraps; pp. 215; map; full-colour photographs; line drawings; leaf keys. Very slightly rubbed; trace of foxing. Good condition. The essential field guide to the floristic treasures of South Africa's celebrated Namaqualand region. 'The first edition of Guide 1 covered both Namaqualand and Clanwilliam, a large expanse of country with an equally huge flora from which only the most prominent species could be selected. In fact, both regions are so rich and interesting botanically that ideally they each require separate guides. The new revised edition of Guide 1 therefore deals exclusively with Namaqualand. Many more species have been added and we feel confident that it will prove an even more useful field companion than the first edition.' .
Item Price
$8.02
$14.62 shipping to USA

Description:
(Johannesburg: The Geological Society of South Africa, 1983) 0620066415. Special Publication No. 10 of The Geological Society of South Africa. 4to; original dark green rexine, lettered in gilt on spine and upper complex; pictorial dustwrapper; pp. (x) + 198; photographs; graphs; diagrams; maps and tables, incl. some folding; end-pocket with two large, folding coloured maps. Dustwrapper a bit rubbed and edgeworn; light to moderate foxing throughout. Very good condition. "The purpose of the present volume is to document the results of a multidisciplinary investigation of parts (i.e. Namaqualand and Upington geotraverses) of the Namaqua mobile belt. The general aim of the Geodynamics Programme in the Namaqualand Metamorphic Complex was to decipher the history and interactions of tectonic, metamorphic and magmatic processes in this mobile belt. ... The two geological maps (in colour), which accompany this volume, are a compilation of the work of many full and part-time workers." .
Item Price
$37.02
$14.62 shipping to USA

Description:
([Windhoek]: Gamsberg, 1986) 0868482854. Cover title reads: "Namib Flora: Swakopmund to the Giant Welwitschia via Goanikontes". 8vo; laminated pictorial boards; pp. 126, incl. index; evocative artwork in colour and monochrome. Light foxing to endpapers. Very good condition. A lovely little book detailing the unique desert flora and landscapes from Swakopmund to the giant Welwitschia via Goanikontes. "This book about plants is different as it is aimed at making your trip more interesting. ... The position of each illustration is indicated for easy recognition of the plants along the way. Mileage is taken from the turn off to the Namib Desert Park from the main Swakopmund Usakos road about 5 km outside Swakopmund. The ideal time to travel this route is in the early morning. The colours of the desert landscape are at the best before the heat of the day." .
Item Price
$9.25
$14.62 shipping to USA

Description:
(London, George Allen, 1912). Authorised Translation from the Norwegian by E. M. Cope. Original red cloth, upper board slightly buckled, stained, and worn, pp. xvi + 316, frontispiece portrait, plates. Owner's name on the front free endpaper, some foxing. Fair. Preface: 'Napoleon's son was not only King of Rome; from 23rd June to 3rd July 1815 he was Emperor of France. He was Prince of Parma and Duke of Reichstadt; he was also called "Le Fils de l'Homme," and "L' Aiglon." The story of the young French eagle who, mentally and bodily, came to grief in the Imperial castle of Vienna, has been touched up in many ways, for, as he was rarely seen but from a distance, it was easy to be mistaken in him, libellous reports were spread, and his actions misrepresented enough, to make him an object of hatred. I have tried to show him as he was with his friend, a pure and gifted youth, who promised to become a worthy son of a great father.' .
Item Price
$8.64
$14.62 shipping to USA

Description:
(Stanford, Stanford University Press, 1968). 8vo; original cloth, rather soiled; no dustwrapper; past owner's bookplate and signature on front endpapers; pp. xiv + 241, incl. index. Good condition. "Among the hundreds of books about Napoleon, none has treated in complete detail the story of his detention on British warships, shortly after the battle of Waterloo, while he awaited his fate at the hands of the British government. . . . This gap in the chronicle of Napoleon's career surprises us for several reasons. First, the incident is unique - one finds no denouement quite like it in accounts of the lives of other great men. Second, the drama of the few days during which Napoleon and the world waited for the announcement of what would be done with him can be felt even today. Finally, Napoleon's surrender to the English, his detention aboard the Bellerophon, and the eventual decision of the British government to confine him on St. Helena led to countless debates - few of which… Read More
Item Price
$6.17
$14.62 shipping to USA

Description:
(Port Elizabeth: Historical Society of Port Elizabeth, 1975) 062001656. Title continues: Also a circumstantial detail of his travels through the Southern Deserts of Africa and the Colonies of the Cape of Good Hope. With an Introductory address to The Rt. Hon. John Adams, President of the Continental Congress of America. One of an edition limited to 500 copies, this copy being number 445. Port Elizabeth Series No. 6. Edited, with introduction and notes by A. Porter. 247 x 161 mm; saddle-stitched red card wrappers; pp. (ii) + 66, incl. index; map; monochrome illustrations; facsimile of original 1798 title page. Sunned on spine; merest trace of silverfish attention to lower cover; occasional fox spot. Very good condition. Theal was scathing in his treatment of this work, and several writers have questioned the historicity of both the American author and the events described, despite Sir John Barrow's testimony that he met Stout and visited the spot where the wreck occurred. Mendelssohn accepts… Read More
Item Price
$24.68
$14.62 shipping to USA

Description:
(London: The Folio Society, 1977). 8vo; original pictorial cloth, lettered in gilt on spine; tinted top edge; papered slipcase; endpaper map; pp. 359; colour plates. Slipcase a little rubbed; trace of spotting to backstrip and fore-edge. Very good condition. Being passages from the Narrative written by Captain Robert FitzRoy, R.N., together with extracts from his logs, reports and letters; additional material from the diary and letters of Charles Darwin, notes from Midshipman Philip King and letters from Second Lieutenant Bartholomew Sulivan. Selected and edited by David Stanbury. "The voyage of H.M.S. Beagle during which Charles Darwin was a passenger formed the central part of a series of three expeditions mounted by the Admiralty to survey and chart the South American coastline. This process started in 1826 and continued until 1837. … One of [the 170 major surveying expeditions sent out by Sir Francis Beaufort of the Hydrographic Department], in the autumn of 1831, was commanded by… Read More
Item Price
$12.34
$14.62 shipping to USA

Description:
(Cape Town: The Van Riebeeck Society, 1954). Volume 35 in the Van Riebeeck Society's First Series. 8vo; original pale grey cloth, with black lettering to spine, and publisher's device in black to upper board; pp. (viii) + 197 + (vii); plates; folding map. Some foxing to edges and endpapers, occasional fox spot elsewhere. Good to very good condition. "Gerald McKiernan was an American trader, operating in South West Africa in the last decade before German colonial rule. The manuscript consists of a narrative of 5 years' travel in Africa, from 1875 to 1879, and a diary which he kept from 1877 to 1879. The author travelled widely, probably reaching well into Angola." .
Item Price
$12.34
$14.62 shipping to USA

Description:
(Cape Town: Struik, 1966). Number 626 of an edition limited to 750 numbered copies. Volume XX of the Africana Collectanea Series. 8vo; original brown rexine, lettered in gilt on spine, with gilt publisher's device to upper cover; pictorial dustwrapper housed in removable protector; xlv + (i) + 352; plates; folding map. Dustwrapper somewhat edgeworn and partially sunned; trace of light browning to endpapers. Very good condition. "The Narrative is an interesting account of the early experiences of the Albany settlers with much information respecting the natives and Boer farmers. It gives much detailed information about the daily life of the pioneers, about their temporary huts and furniture, their medical practice, planting gardens and orchards, their instructions to the natives, etc., etc. Pringle also gives information about the Hottentots and other tribes and the progress of the Christian missions, about the pioneers' war with the wild beasts; but he also gives a very interesting account… Read More
Item Price
$30.85
$14.62 shipping to USA

Description:
(London: Greenhill Books, 1989) 1853670413. 8vo; original brown boards, lettered in gilt on spine; laminated pictorial dustwrapper; pp. (ii) + 174; several maps and battle plans, incl large, folding Isandlwana plan. Scaled-down text facsimile of the contemporary Imperial Blue Book. Short closed edge-tear to folding plan. Very good condition. "Narrative of Field Operations Connected with the Zulu War of 1879 is the official history of the Anglo-Zulu Wars, compiled by the Intelligence Branch of the then War Office for publication immediately after the campaign. It was and has remained the definitive account of the Zulu Wars from British standpoint, and has formed the basis of all subsequent serious works on the campaign." .
Item Price
$15.42
$14.62 shipping to USA