Description:
Whitehall, 5 April 1712. 2 pp. 11½ x 7 inches, in good condition. With the integral blank leaf. Lieutenant-General Francis Palmes (d.1719), noted favourite general of the Duke of Marlborough. Palmes assumed command of his regiment at the Battle of Blenheim. Reports from the battle state that 'hardly anyone was more instrumental to the success of that day' than Palmes. From February 1708 Palmes travelled extensively, undertaking mission to the United Provinces, Hanover, Prussia, Vienna and Savoy in order to concert measures with the allies. He was promoted to lieutenant-general in the Army in 1709 and became envoy to Poland in 1718. Henry St John, 1st Viscount Bolingbroke (1678 – 1751), English politician, government official and political philosopher.
Item Price
$217.20
$11.58 shipping to USA

Description:
Undated. Laid down on card (from a Victorian album), 2 x 4 inches. Robert Stephenson (1803-1859), engineer, son of George Stephenson and manager of his father’s locomotive engine-works at Newcastle, builder of bridges, such as the Britannia Tubular Bridge (1850).
Item Price
$108.60
$11.58 shipping to USA

Description:
3 May 1705. 4 x 6 inches, neatly trimmed and in good condition. From the Enys Collection, sold at Bonhams, London, in 2004. A good example of the uncommon signature of John Radcliffe (1650-1714), physician and philanthropist, one of the most famous doctors of his time, who bequeathed the bulk of his large property to the Radcliffe Library, Infirmary and Observatory, all named after him, and to University College Oxford and St.Bartholomew’s Hospital in London.
Item Price
$362.00
$11.58 shipping to USA

Description:
Dated in another hand 1861. 1 x 4 inches, laid down on part of a Victorian album leaf, in good condition. The Kingdom of Bonny is a traditional state based on the town of Bonny in Rivers State, Nigeria. Founded in the 14th century AD, it became an important slave trading port, later trading palm oil products. During the 19th century the British became increasingly involved in the internal affairs of the kingdom, in 1886 assuming control under a protectorate treaty. William Dappa Pepple I ascended the throne in 1830. He became increasingly incompetent, particularly following a stroke in 1852, and stirred up opposition to his rule. In 1854 the British deported the king.King Dapu Fubara II Pepple ("Dappo") was appointed in his place, but died on 13 Aug 1855. The acting British Consul in the Bight of Biafra, J.W.B. Lynslager, signed a document on 11 September 1855 appointing the chiefs Anne Pepple, Ada Allison, Captain Hart and Manilla Pepple as a regency, required to consult with Bannego and… Read more
Item Price
$144.80
$11.58 shipping to USA

Description:
Undated. 2½ x 5 inches. With a separate printed caricature of Wolff, with his facsimile signature beneath. Joseph Wolff (1795-1862), Anglicised Jew who became a missionary to the Jews in the East, and the author of a Narrative of his Mission to Bokhara.
Item Price
$50.68
$11.58 shipping to USA

Description:
Savoy, May 1564. 1 page 12 x 8 inches, in good sound condition, but with five small pieces of adhesive tape affixed at edges, cancellation stroke. Integral leaf, docketed on verso. The uncommon signature of Emmanuel Philibert (1528-1580), Duke of Savoy, one of the most renowned princes of the later Renaissance. He was the son of Charles III and Beatrice of Portugal, and took service with the Emperor Charles V during the wars in Germany, France and the Low Countries. During his reign (from 1553) as Savoy’s first really outstanding ruler, the duchy became free of foreign occupation. He organised a central government and an effective army.
Item Price
$651.60
$11.58 shipping to USA 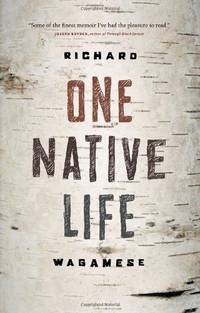 Description:
Undated. 1 x 2 inches, laid down, taken from a Victorian autograph album. A good example of the distinctive autograph of Admiral Lord Rodney (1719-92), who was commander-in-chief at Jamaica from 1771-74. In 1779 he was given the command of the Leeward Islands station. In 1781 he seized the Dutch settlements. In April 1782 he achieved the decisive defeat of the French fleet under De Grasse.
Item Price
$144.80
$11.58 shipping to USA

Description:
Whitehall, 14 April 1709. 2 pp. 12 x 7 inches, in fine condition, with an integral blank leaf tipped on to a card mount. This handsome letter is signed by Lord Stamford [Thomas Grey, second Earl of Stamford, 1654-1720, president of the board], Sir Philip Meadows, R.Monckton, Charles Turner, and J.Pulteney. Sir Philip Meadows (1626-1718) had a distinguished career as a diplomat, representing Cromwell in international treaty negotiations. Meadows was the author of several works, including Observations concerning the Dominion and Sovereignty of the Seas (1689). Although little commercial value would accrue to England on this voyage, the Committee nevertheless recommend that a Pass be issued, believing that “the said Marquis, when at Cartagena, will be a Friend to Her Majesty’s Subjects in their Carrying on a Trade from Jamaica to Cartagena, and other parts on that Coast; the great Advantage whereof We need not mention.”
Item Price
$506.80
$11.58 shipping to USA

Description:
Gibraltar, 24 June 1775. 2 pp. 13 x 8 inches, wafer seal affixed, in very good condition. Lieutenant-General Sir Robert Boyd (1710-1794). In 1756 he served at the Siege of Minorca, and attempted to reach Admiral John Byng's fleet in an open boat with a message from the besieged Garrison Commander William Blakeney. He subsequently became commissary general to the Marquess of Granby in Germany (1758 to 1759); he then rose through the officer ranks to be three-times Governor of Gibraltar (1776 to 1777, 1790 and 1790 to 1794). Boyd considered that his and General Sir William Green's work on the King's Bastion in Gibraltar was so important that he asked to be buried there.
Item Price
$173.76
$11.58 shipping to USA

Description:
Crocodile at Cork, 25 July 1849. 7 x 8 inches, right margin a little ragged, otherwise good. Manley Hall Dixon (1786-1864) served in the Navy throughout the Napoleonic Wars, including several gallant actions in the Mediterranean and the West Indies. He also served as flag captain to his father on the Baltic and South American stations. HMS Crocodile was a 28-gun sixth rate launched in 1825. She was on harbour service from 1850 and was sold in 1861.
Item Price
$50.68
$11.58 shipping to USA

Description:
Undated. 1 x 3 inches, in good condition, laid down. Uncommon. Richard Bright (1789 – 1858), English physician and early pioneer in the research of kidney disease. He is particularly known for his description of Bright's Disease.
Item Price
$144.80
$11.58 shipping to USA