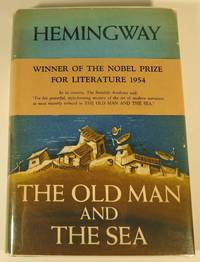 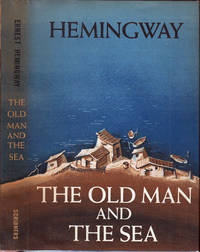 Description:
New York : Charles Scribner's Sons, 1952. First Edition. A. dustjacket art. Hemingway's classic novella of an old fisherman and his trials on the open sea. Near Fine in attractive Near Fine dustjacket, some toning to rear panel, with $3.00 price.
Item Price
$3,000.00
$10.00 shipping to USA 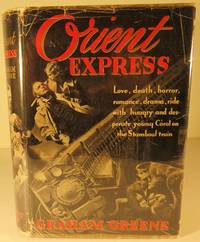 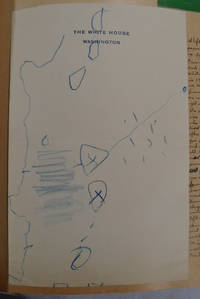 Description:
[Washington, DC]: No Publisher, [1944]. Large folio scrapbook; 22 1/2 X 14 1/2 inches; Leather covered heavy boards; Heavy paper leaves held by brackets; 100+ folio pages containing notes, clippings, show programs, cards, notes and other ephemera glued or taped on leaves; almost all items are meticulously notated with dates and other commentary. Scrapbook of Mark Freeman Gillette (1929-2013), son of Senator Guy M. Gillette (D-Iowa) who served in the U.S. Congress (1932-1936) and in the U.S. Senate (1936-1944 and 1949-1955) for a combined 18 years. His son, Mark F. Gillette (keeper of the scrapbook) and his mother accompanied the Senator to Washington D.C., residing there for much of Mark's childhood. The scrapbook is compiled by the young Gillette and spans the years when his father served as Senator from Iowa. The front flyleaf of this large folio scrapbook is festooned with scribbled writings and "dedications" by the teenage Gillette (1944) and conveys a hopeful and patriotic outlook. The second… Read More
Item Price
$6,500.00
$10.00 shipping to USA 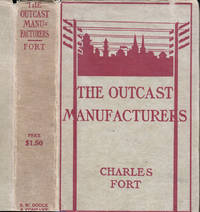 Description:
New York: B. W. Dodge and Company , 1909. First Edition, Second State with blue cloth and red stamping. Extremely scarce first and only novel by the author best known by his works on anomalous phenomena which include: 'Book of the Dmned', 'New Lands' and 'Lo!'. By all accounts 'The Outcast Manufacturers' is a difficult to follow narrative set in the West Side of Manhattan and concerns tenement slum life and the mail order scheme that the characters engage in before being evicted. Near Fine, contemporary gift inscription at front endpaper in Very Good or better dustjacket, couple of tiny edge nicks, small abrasion at lower rear panel.
Item Price
$3,000.00
$10.00 shipping to USA