Description:
A peculiar long poem about a visit to an odd planet. Previous owner's name on front free endpaper, with a date 0f 1876. An early fantasy book. POD reprints are easy to come by, but the original volume is uncommon. Original rust cloth with gold printing on spine. Picture available on request.
Item Price
$150.00
$3.50 shipping to USA

Description:
Mount Vernon: Peter Pauper Press, 1937. First edition. One of the scarcer books from this well known publisher. The book was printed posthumously in an edition of 100 copies for the friends of the author. Van Vliet was a teacher at the Katherine Branson School in Marin County, CA; the second item included is a selection of Latin texts from Cicero, mimeographed for the students at the school. The book is slightly smoke-damaged at the top and bottom of the front cover (from a 1968 fire), and the paper label on the spine has browned into illegibility and has partially flaked off. The interior of the book is clean except for the name of the previous owner, who has also written her name in the front of the Cicero chapbook. The latter has many words underlined and many numbers circled, but no translations or glosses as far as I can tell. Two uncommon items.
Item Price
$100.00
$3.50 shipping to USA 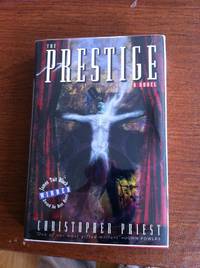