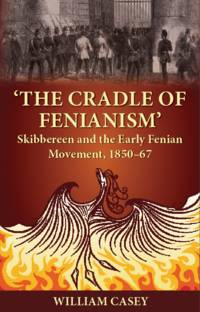 Description:
The Irish Republican Brotherhood (IRB), commonly known as the Fenian movement, had a profound impact on modern Irish history. This book examines how Skibbereen town became known as the 'cradle of Fenianism'. It looks at the formation of the Phoenix National and Literary Society and how central figures in that society, such as Jeremiah O'Donovan Rossa, Mortimer Moynahan and Patrick Downing, went on to play key roles in the Fenian movement both in Ireland and America. It also details the development of the IRB locally and the part played by lesser known figures such as Cornelius Dwyer Keane and John O'Driscoll. In doing so, its aims to give the reader a greater insight into the development of this important national movement.
Item Price
$11.39
$9.16 shipping to USA