Description:
Athens: Ekdoseis Psychogios, 2005 Translation into Greek of "Girls out Late" . "In this final title of her Girls trilogy, Ella goes ga-ga over a new boy, but when she breaks her curfew to meet up with him, her plan backfires". 1st Greek Edition.. French Wraps. New Book from Greece. Illus. by Translation Renia Tourkolias-Kydonieos.
Item Price
$21.00
$12.00 shipping to USA

Description:
Athens: Ekdoseis Kastaniotis, 2008 Greek language edition of "Ships of Mercy : The True Story of the Rescue of The Greeks, Smryna, September 1922 " . "Ships of Mercy reveals the true heroes of Smyrna, forgotten by history. It is based on more than 10 years of research by the Papoutsys who travelled around the globe to document the rescue of hundreds of thousands of Greek refugees on the Smyrna quay in September 1922. .this book uncovers surprising answers and displays previously unpublished materials. Vintage photographs, naval war diaries and captain's logs appear for the first time in the pages of this volume. Ships of Mercy dispels common myths about the evacuation of the refugees and documants clearly the real saviours in this enormous tragedy.". First Edition.. Soft Cover. New Book from Greece/New.
Item Price
$45.00
$12.00 shipping to USA

Description:
Athens: Adelphotis Theologon he "ZOE", 1983 Archimandrite Seraphaim Papakostas wrote a number of theological and liturgical works which were published by the "ZOE" organization, a semi-monastic Brotherhood of extremely devout and influential Greek Orthodox men (The Zoe movement initiated a remarkable revival of the liturgy and sacramental practice throughout Greece. It was originally frowned upon by the episcopate, which resented its strong independent organization. Its authority and influence were compromised by its close connections with the dictatorship established in Greece in 1967.- Britannica) This title was first published in 1935.. Reprint.. Hard Cover. Near Fine/No Jacket (as issued).
Item Price
$30.00
$12.00 shipping to USA

Description:
Athens: Ekdoseis Kapsaski, 1996 A collection of songs in Greek for use in schools. [Does NOT include any of the recordings of the songs also issued by the publisher.] 240p. illus, Iinscription in Greek on ffep, else fine.. 1st Greek Edition.. Softcover. Near Fine.
Item Price
$20.00
$12.00 shipping to USA 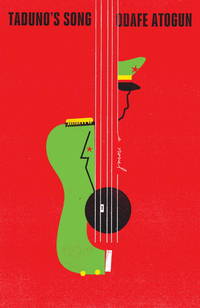 Description:
New York.: Pantheon, 2017 The day a stained brown envelope arrives from Taduno's homeland, he knows that the time has come to return from exile. Arriving full of hope, the musician discovers that his community no longer recognises him and no one recalls his voice. His girlfriend Lela has disappeared, taken away by government agents. He wanders through his house in search of clues but any trace of his old life has been erased. As he realises that all there is left of the house and of himself is an empty shell, Taduno finds a new purpose: to unravel the mystery of his lost life and to find his lost love. Through this search, he comes to face a difficult decision: to sing for love or to sing for his people. Taduno's Song is a moving tale of sacrifice, love and courage.. 1st US Edition. Hardcover. New/New.
Item Price
$20.00
$12.00 shipping to USA 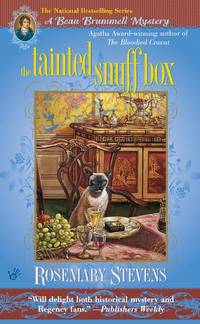 Description:
New York: Berkley Prime Crime, 2002 The second Beau Brummell mystery. " It's the autumn of 1805, and the Prince of Wales, frightened by threatening letters, has moved with his entourage to Brighton to escape the unknown menace. There, during a walk on the beach, his friend Beau Brummell discovers the body of a young lady, whose identity he's moved to discover. Before he can make much progress, Sir Simon, an obnoxious parvenu who has ingratiated himself as the prince's food taster, samples a new blend of snuff belonging to Lord Petersham at a dinner party with fatal results. Believing he was the intended victim, Prinny orders Beau to find out who put the poisoned snuff in Lord Petersham's box. With a cast of enjoyable characters, both real and fictional, and a string of red herrings, hidden motives and plot twists as intricate as a well-tied cravat, this story will delight both historical mystery and Regency fans.. Pbk. As New.
Item Price
$10.00
$12.00 shipping to USA 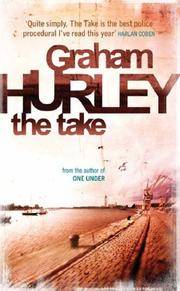 Description:
London: Orion Press, 2002 DI Joe Faraday's Management Assistant, Vanessa Parry, is dead, killed in a head-on car smash. Her funeral is a bitter end to another grim week in the front line of the ongoing war against Portsmouth's surging crimewave. And now the seemingly untouchable DC Paul Winter, master of the scam, has been hurt in a way he could never have imagined: his wife has cancer. It's inoperable and she has barely three months to live. Paul Winter has only one instinct - to lash out. But there's precious little time for grief on a Portsmouth CID squad. A disgraced gynaecologist is missing and his caseload of maimed women is a murder-suspect list from hell. It all adds up to an impossible workload, and that's without the suits and the politicians conspiring to make it even harder.... 1st Pbk Edition. Pbk. Near Fine.
Item Price
$10.00
$12.00 shipping to USA