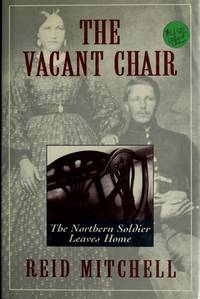 Description:
[Stockholm: Broderna Lagerstrom, 1947]. Folio. 189, [1] pp. Quarter-red cloth over colour-illust. boards (wear, chppng to fore-edges, mnr soilng, some warpng to boards), still a G- copy, w/ ownrshp signature on ffep. First edition of this wonderful anthology of Swedish folk music for young and old, including over 100 songs & music compiled for the Vasa Ordens Grand Lodge in New York for use in their Children’s Clubs.
Item Price
$20.00
$4.80 shipping to USA

Description:
[Zanesville, OH & Detroit, MI: Schultz & Co., The Soap Boilers; Calvert Lithograph Co., ca. 1880]. Oblong 8vo. 6.4 x 4.25 in. Colour chromolithograph images, printed on thick paper stock, retaining borders, and register lines at margin, w/o text which would have been added later (slight edgewear), NF exemplar. Beautifully rendered printer’s proof for the famed pink laundry soap, which was touted to have been one of the best on the markets, and drawing upon the pride in German heritage. The Calvert Lithograph Company was founded in 1863 by Thomas Calvert, and by the 1870s had become one of the largest lithographers in the U.S., and later by the 1890s employing over 300 employees. In addition, they were very successful in printing many different iterations of advertising cards, trade cards, and labels for Schultz & Co. at the end of the 19th century.
Item Price
$125.00
$4.80 shipping to USA 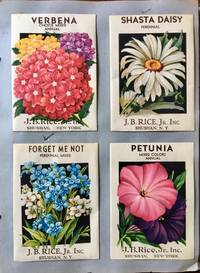 Description:
Paris & Chicago: Geo. F. Crowley & Co., 1-3 West 37th St., 1915. Oblong folio bifolium portfolio (14.5 x 7 in. when closed, 14.5 x 14 in. when opened). 54 original silk sample swatches including silk velvet & velveteen with all of them attached at upper-fore-edge, each w/ printed label at lower corner identifying inventory no., printed price-list below samples. Purple cloth, decorative gilt lettering & decoration inside above and below the samples (slight wear, minor dustsoiling to fore-edges), still VG copy, w/ silk braid to hang the advertising piece. First edition of this very scarce and beautiful Edwardian silk salesman sample advertising piece. This sample catalogue offers an incredible historical reference for the vibrancy and tremendous variety of silk velvets, velveteens and rich fabrics before World War I for American fashion. Most of these silks and silk velvets were intended for the high fashion industry at the time, encompassing dresses, gowns, capes, scarves, hats, ties, and much… Read more
Item Price
$175.00
$4.80 shipping to USA