Description:
New York: Bramhall House. Very Good in Good dust jacket. 1951. Hard Cover. 0808403125 . 354pp. Introduction by Basil Willey. "When I wrote the following pages, ... I lived alone, in the woods, a mile from any neighbor, in a house which I had built myself..."-- [H.D.Thoreau] Several words of gift dedication, date and signature are written on ffep. Yellow/beige cover with brown lettering on spine. Dj is very slightly soiled, has some small tears, reinforced with invisible tape. The book is straight, clean and without any marks.; 8vo - over 7¾" - 9¾" tall .
Item Price
$10.00
$4.50 shipping to USA 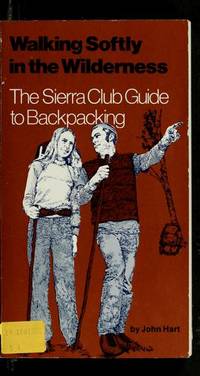 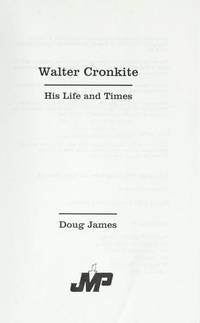 Description:
Garden City, New York: The Sun Dial Press, Inc. Good with no dust jacket. 1938. Decorative Cloth. 277pp. The story of an American Aviator, based in Great Britain, during the World War I, fighting "the Huns" over France, Belgium, Holland and Germany. Editor's Note: "Here the diary ends due to the death of its author in aerial combat. He was shot down by a German plane 20 miles behind the German lines. He was given a decent burial by the Germans and his grave was later found by the Red Cross." The ep. are illustrated in blue and white by Clayton Knight, and in b/w in the text as well. Blue cloth hc. with 2 airplanes blind stamped on front cover. Black lett. on spine. The cover is sunned, the ends of spine and corners are torn. A large waterstain appears on back cover and a small one on the left upper corner.; 8vo - over 7¾" - 9¾" tall .
Item Price
$18.00
$4.50 shipping to USA 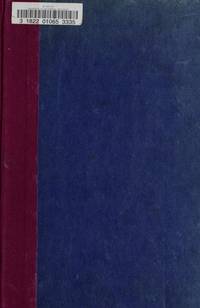 Description:
New York: Richard Marek Publishers. Very Good+. 1980. Hardcover. 0399900934 . Foreword by paul lowinger preface by george leonard. Book in excellent condition interior Ia clean and tight without any marks. : " Social scientists could have a lot of fun with the implications of this one. Ex-political activist Jerry Rubin, aided by his commodity-broker wife, here discourses on the various sexual inadequacies of his life--chiefly impotence and premature ejaculation--and the pressures (on the male) of the women's movement; he thinks the result is a ""self-help book for the penis," " but we think it's chiefly............; 8vo 8" - 9" tall; 228 pages .
Item Price
$9.50
$4.50 shipping to USA

Description:
Radnor Pennsylvania: Wallace Homestead Book Company. Fine. 1996. Pictorial Soft Cover. 0870697463 . The essential field guide to the antiques and collectibles marketplace. 500 categories 50.000 listings.completely illustrated and authenticated.620 pages. book is clean and without any marks a wonderfula ddition to any library and a wonderful read. a ggreat way to help estimate a price for major collectibles.; 4to - over 9¾" - 12" tall .
Item Price
$12.50
$4.50 shipping to USA 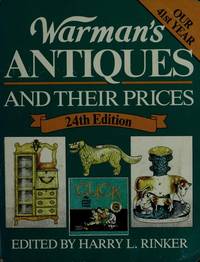 Description:
Boston - Toronto: Little Brown and Company. Very Good. 1967. Hard Cover. marroon hardcover with blind stamp from publisher on front lower right corner, gilt lettering on spine, the book is clean and without any marks a great addition to any library. there is a small mark on the back ffep from glue or something being removed. 406 pages including index. ; 8vo - over 7¾" - 9¾" tall .
Item Price
$6.50
$4.50 shipping to USA

Description:
Boston: Little Brown and Company. Fine with no dust jacket. 1926. Cloth Hard Cover. By hudleston librarian of the war office.229 pages,illustrated.the author tries to give an idea of what some national soldiers-heroes looked like to their contemporaries. contents page was originally slightly torn when pages were separated. ; 8vo - over 7¾" - 9¾" tall .
Item Price
$15.50
$4.50 shipping to USA