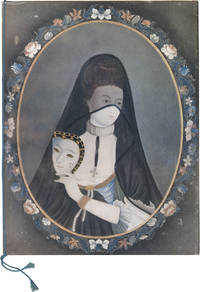 Seller rating:
This seller has earned a 5 of 5 Stars rating from Biblio customers.
Biblio.com member since: 2007
Baltimore, Maryland
Ask Seller a Question

We are members of ABAA and ILAB, and specialize in First Editions of Modern Literature, Crime Fiction, Science Fiction, Music, Photography, Art, and Cinema. You may search our entire stock, get directions, or view our newest arrivals by catalog or category by going to our easy-to-use catalog homepage:

We are an open shop on Baltimore's Book Block in the midtown section of the city. Check our website for directions if you are coming through the Baltimore area. We are open 10AM-6PM EST, Monday through Friday, and Saturdays by appointment or chance. You may phone, fax, or email an order at any time, 24 hours a day.

If you would like to see an image of any book, please let us know and we will be happy to send a photo.

rubbing
Abrasion or wear to the surface. Usually used in reference to a book's boards or dust-jacket.
leaves
Very generally, "leaves" refers to the pages of a book, as in the common phrase, "loose-leaf pages." A leaf is a single sheet...[more]