Joe Cinque's Consolation. A True Story of Death, Grief and the Law is a non-fiction book by award -winning Australian author, Helen Garner. In March 1999, a respected senior journalist suggested to Garner that she write about the murder, in October 1997, of young civil engineer, Joe Cinque. At first reluctant, Garner became intrigued by the case. The bones were this: Cinque's girlfriend and her best friend had been charged with murdering him by giving him a massive dose of Rohypnol, then injecting him with heroin.

After an aborted joint jury trial, each accused was being tried separately in a judge-only trial. By the time Garner arrived in Canberra for the trial, the prosecution's case for the girlfriend, law student Anu Singh, was already done, and the defence was presenting their case. Garner attended the remainder of that trial, the sentencing hearing and then the trial of law student Madhavi Rao, Anu's best friend. She also read through all the transcripts of the aborted trial and the trial she had attended.

In her book Garner includes discussions she had with journalists, with AFP officer involved, with other judges, and eventually with the presiding judge, Justice Crispin. She includes comments overheard and interviews with Joe's parents Maria and Nino Cinque as well as his family and friends. She also interviewed the parents of the accused, Dr Pradyumn Singh and Mrs Dr Surinder Singh. Conspicuous by their absence are any words from the two accused, who declined to be interviewed.

This is no clinical analysis of the case. Garner describes all involved: defence counsel, prosecutor, judge, accused, witnesses and those in the public gallery. She reports not just testimony, but also behaviour, attitude and body language, showing just how very human they all are. She does not hesitate to include her own opinions, reactions, feelings, and moods, and even the reactions of those who heard that she may be writing a book about it.

Thus, Singh's defence counsel, Jack Pappas: "He was a tough little package of a man with an almost shaven head, a hooked nose, the rosy cheeks of good circulation, and the thick neck of a boxer. You could have drawn a diagram of the lines of attention that centred on him. His voice was the sharpest and most carrying, his enunciation the crispest, his pacing the most leisurely, his gestures the most dramatic. The jokes were his, and others laughed".

While reading trial transcripts, it struck Garner that the victim, Joe Cinque was barely represented in the proceedings, that everything focussed instead on the flamboyant accused. (Even now, Anu Singh apparently merits a Wikipedia entry, while Joe Cinque only gets a mention therein). This book goes some small way to redressing that. Would that every victim of crime had a Helen Garner to be their voice. A thought-provoking read. 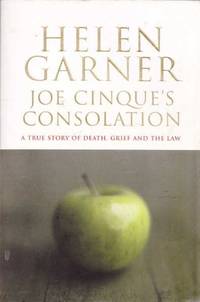 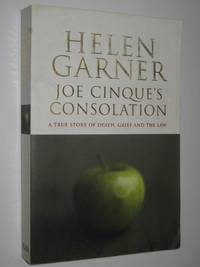 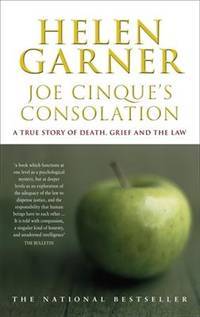 Description:
Used - Good. Ships from the UK. Shows some signs of wear, and may have some markings on the inside.
Add to Wishlist
Item Price
$25.18 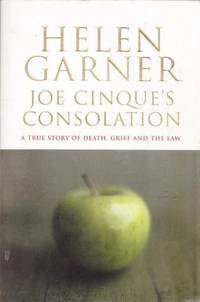 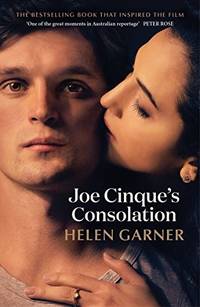 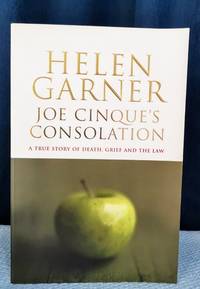 Description:
A masterpiece from one of Australia's greatest writers, following the trials of the ACT Supreme Court after the murder of Joe Cinque in 1997. Probing the gap between ethics and the Law. Good condition with some page sunning.
Add to Wishlist
Item Price
$16.63 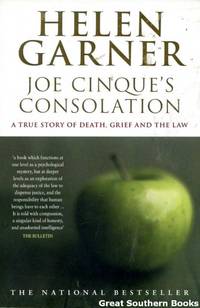 Description:
Picador, Sydney, 2010. Reprint. Softcover. Fine Condition. Size: Octavo (standard book size). 328 pages. Binding is tight, covers and spine fully intact. This book is available and ready to be shipped.. A true story of death, grief and the law from the 2019 winner of the Australia Council Award for Lifetime Achievement in Literature. In… Read more
Add to Wishlist
Item Price
$13.57

Description:
Unknown Publisher. Used - Good. Ships from the UK. Former Library book. Shows some signs of wear, and may have some markings on the inside.
Add to Wishlist
Item Price
$12.24 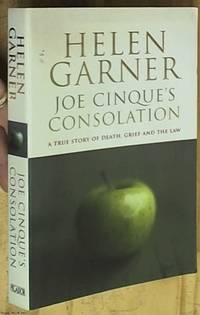 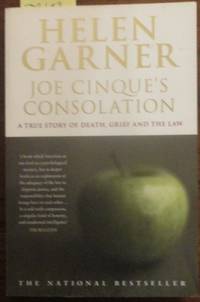 Description:
Sydney, Australia: Pan Macmillan, 2008. Medium softcover, reprint, 296gms, 328 pages. In October 1997 a clever young law student at ANU made a bizarre plan to murder her devoted boyfriend, Joe Cinque, after a dinner party at their house. Joe was found dead in his own bed from a massive dose of Rohypnol and heroin and his girlfriend was charged… Read more
Add to Wishlist
Item Price
$9.45

Description:
Picador 2006. Octavo softcover (VG+); all our specials have minimal description to keep listing them viable. They are at least reading copies, complete and in reasonable condition, but usually secondhand; frequently they are superior examples. Ordering more than one book will reduce your overall postage cost
Add to Wishlist
Item Price
$7.18

Description:
Picador 2005. Imperial octavo softcover (VG); all our specials have minimal description to keep listing them viable. They are at least reading copies, complete and in reasonable condition, but usually secondhand; frequently they are superior examples. Ordering more than one book will reduce your overall postage costs
Add to Wishlist
Item Price
$7.18

This copy of Joe Cinque's Consolation: A True Story of Death, Grief and the Law offered for sale by Reading Habit for AU$12.50