Melville's classic was first published in England as three volumes titled The Whale in October 1851. Slow sales of Melville's previously books convinced Publisher L. Richard Bentley to reduce the printing to only 500 copies, and of that, only 300 sold in the first 4 months. The remaining unbound sheets were bound in a cheaper casing in 1852, and in 1853 there were still enough remaining sheets to again bind into an even cheaper edition.

Melville changed the title to Moby Dick a month later, November 1851, when the American Version was published in one volume by Harper & Brothers in NY. Of the 2,951 copies printed, 125 were review copies. About 1,500 sold in 11 days, but then sales slowed to less than 300 the next year. After two years copies of the first edition were still available, and almost 300 were destroyed in the 1853 fire of Harper's warehouse. Most of the first editions have orange end-papers, although there are 2 known volumes with rare white-endpapers.

Because of Nineteenth-century printing practices, and the time-lapse between when the first-editions were published and Melville became collectible, oxidized paper, bumped and chipped spines, and brittle wrappers are all common for even the most expensive and collectible of these books, which can sell from $35,000 to $100,000. Also, expect heavy wear and maybe even minor repair. Another collectible edition is the 1930 first edition illustrated by Rockwell Kent, a three-volume set published by the Lakeside Press with acetate dust jackets in an aluminum slipcase. These range in value from $9,000 to $11,000.

A total of 3,215 copies of Moby-Dick were sold during Melville's life (he died in 1891). Today, Moby-Dick is considered one of the greatest American novels. -

Melville's classic was first published by L. Richard Bentley in England in 1851 as a three-volume set entitled The Whale. Only 500 copies were printed. The US version, published a month later in November 1851 by Harper & Brothers, titled Moby Dick had 2,951 in the first printing. The U.S. version contained substantial textual differences even aside from the prominent change of title, including 35 passages that were wholly deleted from the English version.

Other Collectible or Notable Editions

A 1930 edition of Moby Dick, illustrated by Rockwell Kent, was first published as a three-volume set in an aluminum case by Lakeside Press. The Lakeside Press edition was limited to 1000 copies. 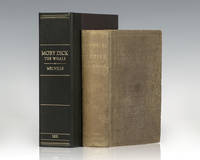 Description:
New York: Harper & Brothers, 1851. First American Edition; preceded slightly by the English edition, although this edition has numerous additions to that text. Publisher’s green cloth; stamped in gilt and in blind; first binding, although this cataloguer has never seen either of the later two bindings in the wild. Some fading and wear; foxed (as seems inevitable); faded… Read more
Add to Wishlist
Item Price
$60,000.00 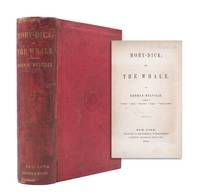 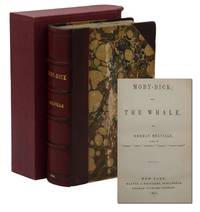 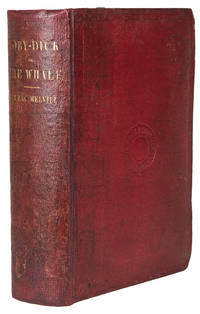 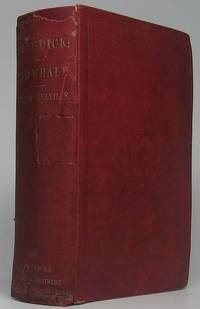 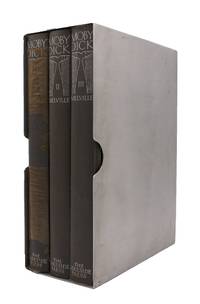 Description:
Boston: Dana Estes and Company, 1892. First Illustrated Edition of Moby Dick. Harper & Brothers published Moby Dick four times during Herman Melville’s lifetime, the last printing being in 1871. The novel was long out of print by the time of Melville’s passing in 1891. In 1892, his widow Elizabeth S. Melville re-copyrighted the book in her name and… Read more
Add to Wishlist
Item Price
$2,000.00 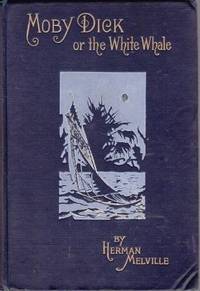 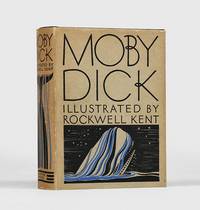 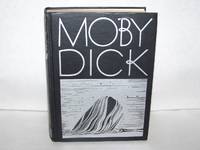 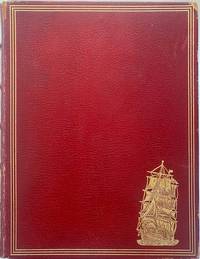 Description:
Random House, 1930. A splendid copy of the classic, expertly re-backed in full morocco with 5 ribs, spine titles gilt and a wonderful gilt Pequod on front cover. Interior including all Kent illustrations in great shape; pages 815-822 still uncut. Further to condition: Boards are rubbed at edges especially at crown; 1931 discreet ink inscription to ffep. In all… Read more
Add to Wishlist
Item Price
$1,400.00

Seller
Charles Agvent
Published
1943
Condition
The leather is still supple with solid coloring. The spines are faded with some wear to the tips, and there's slight edgewear bu
Item Price
$1,250.00

Description:
[Brattleboro, VT]: Limited Editions Club, 1943. Hardcover. The leather is still supple with solid coloring. The spines are faded with some wear to the tips, and there's slight edgewear but much less than normally encountered. Very Good, lacking the slipcase. A better example than most copies offered for sale. Boardman Robinson. Two quarto volumes (7-1/2" x 10") bound… Read more
Add to Wishlist
Item Price
$1,250.00 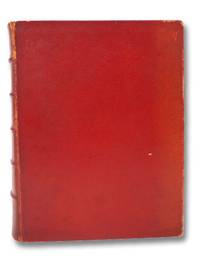 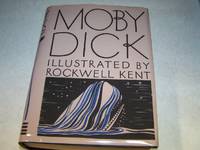 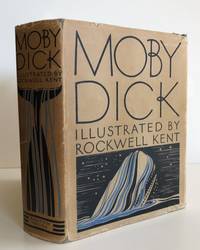 Description:
London: G.P. Putnam's Sons. This is a Very Good Copy of this Book.This is the First Putnam's Sons UK Edition with 1901 date to the bottom of the title page and there is one previous inscription to the half titole page dated Christmas 1901 and one small previous owner's name to the front endpaper.First Edition Thus and in it's original… Read more
Add to Wishlist
Item Price
$860.34 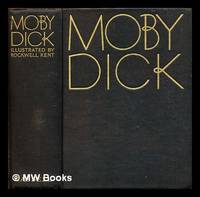 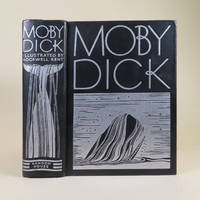 Description:
Black cloth boards with silver title and whale particulars to spine and front cover, together with dustjacket wrapped in mylar. Dustjacket with losses to bottom of spine (see image). Previous owner's name, dated 1930, to front pastedown. A clean copy with no other names or markings. Profusely and attractively illustrated by Kent. 5.5 x 7.5 in
Add to Wishlist
Item Price
$750.00 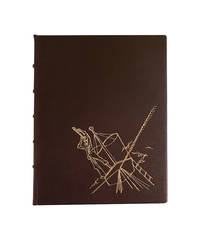 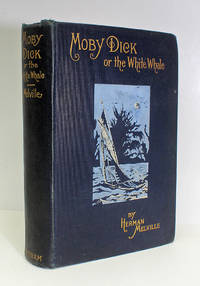 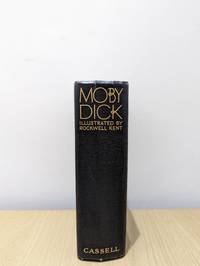 Description:
Limited Editions Club. Very Good+ with no dust jacket. 1943. Limited 1st edition. Leather. Rubbed at the spine ends. Spines are faded. The slipcase is rubbed at the edges, cipped at the bottom of the front (spine). 2" separation at the upper right edge of that front. ; Small 4to 9" - 11" tall; 616 pages; … Read more
Add to Wishlist
Item Price
$600.00

Description:
New York: The Artist's Limited Edition, 1975. Hardcover. Near Fine. LeRoy Neiman. Limited to 1500 copies with paintings by LeRoy Neiman, and signed by Jacques-Yves Cousteau at his preface. This copy lacking the Neiman serigraph. Folio, bound in full brown morocco stamped in gilt. Near fine with light smudging to page block edge and a scuff to spine.… Read more
Add to Wishlist
Item Price
$500.00

Seller
Wonderland Books
Published
1925
Condition
very good condition in green cloth and in a dust jacket with a bit of edgewear, an inch closed tear on the top of the front and
Item Price
$450.00

Description:
Grosset and Dunlap, 1925. hardback. very good condition in green cloth and in a dust jacket with a bit of edgewear, an inch closed tear on the top of the front and some soiling to the spine and rear, - there is a pen gift inscription on the frontpiece verso .
Add to Wishlist
Item Price
$450.00 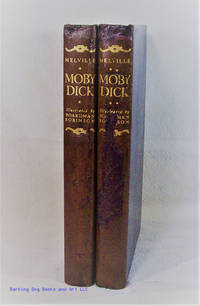 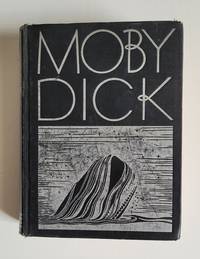 Description:
First edition. (not so stated on pub. page). No Dj. Cover has some shelf wear at both ends of the spine. and at the four cover coners. Some yellowing on fly-leaf pages. A previous owner's name inscribed at top of first fly-leaf. Pages are in excellent condition; no other apparent marks or tears. Same for the illustrations -… Read more
Add to Wishlist
Item Price
$350.00 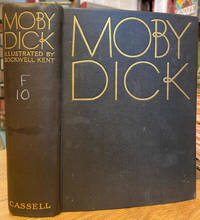 First Editions of Moby Dick at a Glance