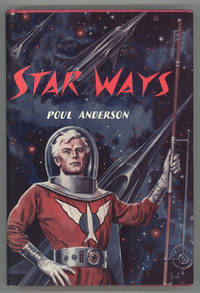 Avalon Books got its start in 1950 as a New York-based niche publisher specializing in selling hardcover genre fiction to the library market. Through the 1950s and 60s, Avalon became an important science fiction imprint, though later the company shifted towards romances, mysteries, and Westerns. In its prime, Avalon published 60 books a year: new titles, reissued out-of-print titles originally from other publishers, and first editions of material that had previously only seen magazine publication.

Founder Thomas Bouregy owned the imprint through Thomas Bouregy & Co., Inc. It remained a family firm, with Thomas’s daughter Ellen Bouregy Mickelsen taking over as publisher in 1995. In 2012, Mickelsen sold the imprint to Amazon, along with its back-list of about 3,000 titles. Amazon said it would publish the books through the various imprints of Amazon Publishing and that, as a result, Avalon books will become available digitally for the first time.

Avalon did not normally reprint books. All editions can be assumed firsts unless there are additional printings listed on the copyright page.