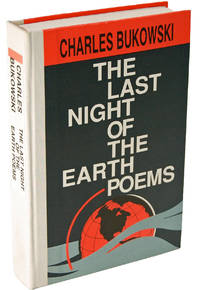 One cannot discuss Black Sparrow Press without mentioning Charles Bukowski. In 1965, founder John Martin was managing an office supply company in Southern California when he stumbled upon the writing of Bukowski — a then 46-year-old post office employee. Martin was so struck by Bukowski’s work that he offered him $100, one-fifth of Martin’s own monthly salary, to quit his job and write full-time.

Martin then sold his collection of D. H. Lawrence first editions for $50,000 to the University of California in Santa Barbara, leaving $30,000 after taxes and fees to establish the press. Black Sparrow’s first publication was 30 copies of Bukowski’s poem, True Story (1966), which sold for $10 each.

As Black Sparrow grew, Martin made the savvy business decision to offer expensive, hand-bound limited editions of every title as well as more affordable paperback editions of the same work. In addition to the works of Bukowski, the press became most famous for publishing the works other American avant-garde authors like John Fante and Paul Bowles, but it also published several more mainstream names like Joyce Carol Oates and Wyndham Lewis.

With more than 650 titles and annual sales eventually rising above $1 million, Martin retired in 2002 and sold the publishing rights for Bukowski, Fante, and Bowles to HarperCollins. Copies of all editions of Charles Bukowski’s works published by the Black Sparrow Press are held at Western Michigan University, which purchased the archive of the publishing house after its closure.

In a first edition from Black Sparrow Press, the title page is in two or more colors, whereas the later printings have title pages in black only. Additionally, first editions have no additional printings listed on the copyright page.