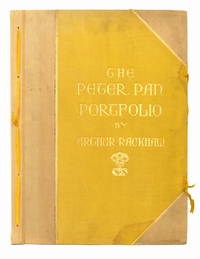 Austrian-born August Brentano originally founded Brentano’s, an independent New York City bookstore, in 1853 when he established a newsstand in front of a hotel. At that time, newspapers and magazines were usually peddled from door to door, but the hotelkeeper allowed Brentano to use the desirable space, some say because Brentano had an evident physical handicap. Regardless of that fact, thanks to his resourcefulness, Brentano created an incredibly successful business, but it was his nephew, Arthur, who made Brentano’s an institution. A few years after his 1873 arrival, Arthur’s younger brothers, Simon and August, joined in the business as well. In 1882, the three brothers bought out their uncle, but Brentano continued working at the store until his death in 1886.

After some expansion, Brentano’s dealt with financial difficulties as a result of the great business depression of 1893 as well as a fire that destroyed all of the stock at its Union Square location. Simon sued his two brothers for dissolution of the partnership in an attempt to straighten out Brentano’s monetary issues. The firm was then reorganized in 1899, with Simon as president. It was around this time that Arthur launched the old and rare department, collecting fine old books of great value as well as providing the service of locating privately printed pamphlets, books and periodicals in foreign languages, including first editions and some out-of-print. This service brought Brentano’s orders from all over the world and gave it international importance in the book world.

When Simon died in 1914, Arthur — who had long-despised the administrative aspect of the store — became president and the next generation of Brentano fellows, Lowell and Arthur, Jr., joined the business. As Arthur continued to devote himself to rare books, his sons essentially took over his management responsibilities. It was a period of expansion for the firm. Additional New York branches were established, and stores followed in Pittsburgh, Cleveland, and Philadelphia. From 1879 to 1881, Brentano’s published a magazine of field and water sports; from 1881 to 1882, it issued monthly on chess. In 1907, Brentano’s started Book Chat, a subscription periodical that provided news about books and authors, notes written by prominent authors, answers to queries, and scholarly information about old and rare books and manuscripts. At this time, Brentano’s was also publishing noteworthy authors, including George Moore, Margaret Sanger, David Loth, Robert Briffault, Eugene Brieux, and Channing Pollock.

The stock market crashed the next year and the book business was hit hard. With a huge inventory of expensive books, several new branches, and a big new main store, Brentano’s was in serious financial trouble. Because it was one of the largest retail outlets for books in the world, publishers could not afford to see it go out of business. A publishers’ committee took over the management. The American rights to the plays of George Bernard Shaw were sold to Dodd, Mead & Company, while the remainder of the Brentano publishing department went to Coward-McCann. Then, Stanton Griffis, a partner in the investment banking firm of Hemphill, Noyes & Co. and a loyal Brentano’s customer, bought nearly all of the firm’s assests and became chairman of the board of Brentano’s, Inc., as the new firm eventually was titled. Efforts were made to find merchandise that could be sold along with the books, magazines, and stationery that are the backbone of the business. Sophisticated greeting cards by artists like Rosalind Welcher proved successful along with items such as stamp albums and boardgames like Scrabble.

In 1962, the Crowell-Collier Publishing Company purchased Brentano’s. Kmart’s Waldenbooks subsidiary then acquired Brentano’s in 1985 and nine years later, Waldenbooks, along with Brentano’s, merged with Kmart’s other book subsidiary, Borders. Borders became an independent company known as Borders Group, Inc. in the mid-1990s, but by 2011, Borders Group filed for bankruptcy and closed all remaining locations.

First editions from Brentano’s US division published through 1927 have no additional printings listed on the copyright page. From 1928 and thereafter, first editions state either “First Edition” or “First Printing (year).”

First editions from Brentano’s UK division published through 1927 have no additional printings listed on the copyright page. From 1928 and thereafter, first editions state “First Printing (year).”