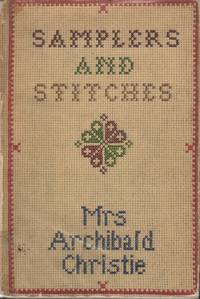 Founded in 1843, Batsford, now an imprint of Pavilion Books, is a leading publisher in the areas of fashion and design, embroidery and textiles, chess, British heritage, and architecture. Batsford’s definitive books for the serious enthusiast and professional include the works of Lewis F. Day, Sir Fletcher Banister, Cecil Beaton, John Betjemen and Constance Howard.

British painter and designer Brian Cook was the nephew of the late Harry Batsford, chairman of the family publishing firm from 1917 to 1952. Following his first dust jacket, The Villages of England (1932), Cook became well known as the illustrator/designer of many of the dust jackets of the highly collectible Batsford books from the 1930s to the 1950s He himself became chairman of the company in 1952.

The publisher also offers the Batsford Prize, an annual themed competition for all undergraduate and postgraduate students, with two categories, one for students in the applied arts field and one for fashion students.

First editions from BT Batsford had no additional printings until 1959. First editions thereafter have either “First Published (year)” or “First Printing (year)” on the copyright page.