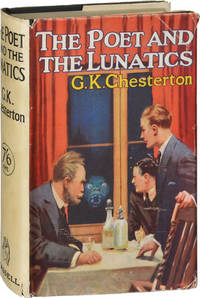 In 1848, John Cassell published a weekly newspaper called The Standard of Freedom. Three years later, he rented part of La Belle Sauvage, a London Inn which had been a playhouse in Elizabethan times, and had it built out for printing magazines and books. The years that followed were the period of Cassell’s greatest prosperity, but by 1855, Cassell was forced to declare bankruptcy. From 1855 to 1858, partners Thomas Dixon Galpin and George William Petter took over and the company became printing firm of “Petter and Galpin,” published by W. Kent & Co. In 1958, Cassell became a full partner again, renaming the company Cassell, Petter & Galpin. With the arrival of yet another new partner, Robert Turner, in 1878, the company became Cassell, Petter, Galpin & Company. Petter resigned in 1883 after a disagreement over publishing fiction and as a result, the company became simply Cassell and Company, Ltd. In 1923, the company was floated on the Stock Exchange and a few years later, the magazines owned by the company were sold to Amalgamated Press following many industrial disputes. Cassell & Co. was taken over by Orion Publishing Group in 1998.