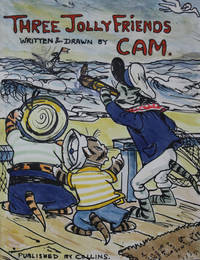 The Glasgow-based Collins was founded in 1819 when William Collins partnered with Charles Chalmers to establish a printing and publishing business. However, the partnership was short-lived and Chalmers left the business in the mid 1820s. The company eventually found success in publishing religious and educational books, including bibles, atlases, and dictionaries with the help of Collins’ son, William Collins (II). The founder Collins died in 1853 and his son, William, continued the business, eventually taking his two oldest sons, William Collins (III) and Alexander Collins, into partnership. In 1868, the company became known as William Collins, Sons & Co. The company began to expand, seeking out original fiction, history, biographies and poetry, and continued to successfully grow over the next decades. In 1990, when the company was merged with US publisher Harper and Row and was renamed HarperCollins, Collins became an imprint of HarperCollins.