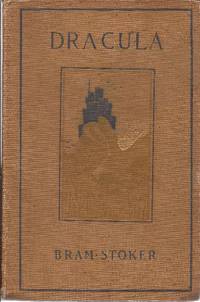 At the age of 15, Frank Nelson Doubleday quit school to work for the publishing company Charles Scribner’s Sons, and he became manager of Scribner’s Magazine when it was begun in 1886. In 1897, Doubleday, in partnership with magazine publisher Samuel McClure, founded Doubleday & McClure Co.

Their partnership only lasted three years; in 1900, the company became Doubleday, Page & Co. when Walter Hines Page joined as a new partner. When Page was appointed U.S. Ambassador to the Court of St. James in 1913, Doubleday’s son, Nelson Doubleday, joined the firm in 1922. The father-son team merged with George H. Doran Co. in 1927, creating Doubleday, Doran, then the largest publishing house in the English-speaking world. In 1946, the business became known as Doubleday & Co.

Doubleday sold the publishing company to Bertelsmann in 1986. Two years later, it became part of the Bantam Doubleday Dell Publishing Group, which in turn became a division of Random House in 1998. In late 2008 and early 2009, the Doubleday imprint was merged with Knopf Publishing Group to form the Knopf Doubleday Publishing Group.