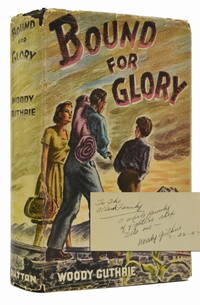 In 1852, Edward Payson Dutton, along with Lemuel Ide, founded a bookselling firm in Boston. After he bought Ide out of the firm, Dutton acquired Ticknor & Fields bookstore along with its publishing division in 1864. Dutton then expanded both the retail and publishing divisions of his company by opening a store in New York City and relocating its headquarters there. At this point, the majority of Dutton’s publications were religious titles, its first bestseller being Frederic W. Farrar’s The Life of Christ (1874).

Edward Payson Dutton died in 1923. Four years later, in celebration of the first 75 years as a bookseller and publisher, E.P. Dutton & Co. published a book about its history titled Seventy-Five Years, or the Joys and Sorrows of Publishing and Selling Books at Duttons. The only printing of the gilded-edged volume was just 500 copies, 150 of which were given to friends, family, and favorite customers and vendors, while 350 were sold to the public from Dutton’s store.

John Macrae, who started working for the company in 1885 as an office boy, became President following Dutton’s death. Shortly thereafter, Macrae bought the publishing division of the company and shared it with his two sons. Macrae played a significant role in launching Everyman’s Library, a joint venture with J.M. Dent to issue the best in literature from around the world. The series included more than 650 books and sold millions. Macrae also expanded Dutton’s children’s division and paved the way for the company to become the US publisher of A.A. Milne’s Winnie the Pooh series. Additionally, during Macrae’s tenure, Dutton published Cleveland Amory’s The Proper Bostonians, Marchette Chute’s Shakespeare of London, Sir John Hunt’s The Conquest of Everest, and Françoise Sagan’s Bonjour Tristesse.

After Macrae’s death in 1944, his son, John Jr., took over the company. Under John Jr., Dutton published Mickey Spillane’s I, the Jury (1947), and other works by the author. Spillane became one of the company’s bestselling authors of the period. John Macrae III worked for his family’s attained business while he was in college and, after working as an editor at Harper Bros., returned to head Dutton in 1968. Under his leadership, the company published Gail Sheehy’s Passages (1976), a huge bestseller that prompted John III to increase production. Financial issues and family disagreements resulted. Dutton changed hands multiple times in the years that followed. When it was acquired by Penguin in 1986, the company was split into two imprints: Dutton and Dutton Children’s Books.

Today, under parent company Penguin Random House, the Dutton imprint publishes about 40 titles a year, a list that is often evenly split between fiction and non-fiction. On average, one in every four books published by Dutton hits the New York Times bestseller list each year.