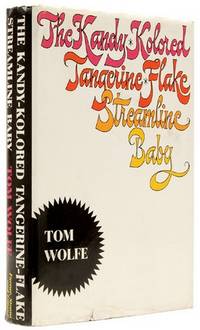 Farrar, Straus and Giroux was originally established by Roger W. Straus and John C. Farrar in 1946. The young firm’s hodgepodge backlist included an interior-decorating how-to called Inside Your Home; Francis, the Talking Mule; and Carlo Levi’s Christ Stopped at Eboli (1947), a bestselling critical success and harbinger of things to come. Other commercial triumphs include: Look Younger, Live Longer by the health guru Gayelord Hauser (which sold half a million copies) and Judge Samuel Leibowitz’s Courtroom. In 1964, Robert Giroux left Harcourt, Brace to join the firm and the company became Farrar, Straus and Giroux. Giroux brought with him such important writers as T. S. Eliot and Flannery O’Connor. Farrar, Straus and Giroux became renowned for its international list of literary fiction, nonfiction, poetry and children’s books.

The firm’s Great Letters Series, for which prominent figures of the present edited the correspondence of important figures of the past, includes notes by Lionel Trilling on Keats, Jacques Barzun on Byron, and Lillian Hellman on Chekhov. In addition to this tactic of establishing author relationship, Farrar, Straus and Giroux employed another successful strategy: acquiring small imprints that had valuable authors or backlists but were failing — such as Horizon, Pellegrini & Cudahy, Hill & Wang, and Noonday.

In 1943, the majority interest of the company was sold to the privately owned German publishing conglomerate Georg von Holtzbrinck Publishing Group as a result of Straus’ unwillingness to cede control of the firm to his only child, Roger Straus III. Boris Kachka detailed the history of the firm, which is home to more Nobel Prize-winners than any other publisher in the world, in his 2013 book titled Hothouse.