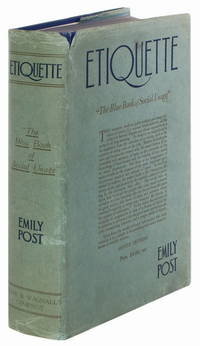 Funk & Wagnalls was originally established as I.K. Funk & Company in 1876. A publisher of religiously oriented works, the company’s first title was Metropolitan Pulpit (later renamed Homiletic Review). In 1877, founder Isaac Kaufmann Funk was joined by one of his college classmates, Adam Willis Wagnalls, as a partner. The two changed the name of the firm to Funk & Wagnalls Company in 1890.

The publication of The Literary Digest (1890) later that year marked the company’s shift in focus to general reference dictionaries and encyclopedias. The firm then published its most memorable title, The Standard Dictionary of the English Language (1894), which was followed by Funk & Wagnalls Standard Encyclopedia (1912).

With the aim of providing essential information in a thorough but simple manner, Funk & Wagnalls Standard Dictionary of the English Language was the first of its kind to list current definitions first, archaic definitions second, and etymologies last. Before this time, definitions were listed in the opposite order, provoking dictionaries to be thought of as historical records of the language. Thus, the innovation of The Standard Dictionary of the English Language allowed dictionaries to be considered practical for the first time ever.

In the early 1950s, the rights to publish the Funk & Wagnalls Standard Encyclopedia were obtained by the Unicorn Press, which then began to sell the reference book through a supermarket continuity marketing campaign. This technique encouraged consumers to include the latest volume of the encyclopedia on their shopping lists; if one did not go shopping on a weekly basis, or delivery was spotty, there was a good chance that a volume might be missed to complete the set. These volumes typically were $2.99, though the price of the later volumes increased with the inflation of the 1970s.