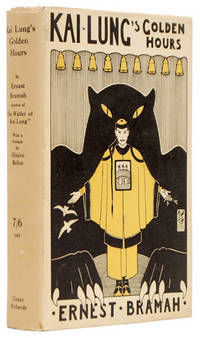 British writer Franklin Thomas Grant Richards founded his own publishing house in January 1897. Under the imprint of Grant Richards, his publications that year included the Paris and Florence volumes of Grant Allen’s Historical Guides series as well as Allen’s The Evolution of the Idea of God: An Inquiry into the Origins of Religion. The next year, he published works by two major authors: George Bernard Shaw’s Plays Pleasant and Unpleasant and A. E. Housman’s A Shropshire Lad. Following bankruptcy in 1905, Richards reorganized the firm, adding the initial of his wife’s name to his imprint (trading as E. Grant Richards).

Around that same time, James Joyce submitted Dubliners, his book of then 12 stories, to the publisher. Richards agreed to publish the book, and Joyce then added a thirteenth story, “Two Gallants.” However, the printer chose to typeset this late additional first, and then refused to print what he perceived as obscenity, as he would be liable under English law for prosecution. As a result, Richards asked Joyce to omit “Two Gallants” and “An Encounter” and to delete offensive words in “Counterparts.” Joyce refused and the book was withdrawn. But after dealing with similar controversy with other publishers — and submitting Dubliners to 15 publishers a total of 18 times, Grant Richards once again agreed to publish the book in 1914.

Richards entered into bankruptcy for the second time in 1926, and the firm was renamed the Richards Press.

First editions from Grant Richards have no additional printings listed on the copyright page.