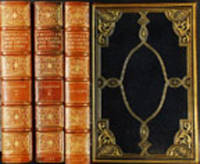 Established in January 1884, the New York City-based Grolier Club is the oldest existing bibliophilic society in North America. Printing press manufacturer and book collector Robert Hoe founded the club along with eight others, all of whom were involved in the editing, design, production, sale and/or acquisition of fine books. The original mission of Grolier Club was “to foster the study, collecting, and appreciation of books and works on paper, their art, history, production, and commerce.”

Since its first publication — an edition of the 1637 Decree of Star Chamber Concerning Printing, Grolier Club has produced over 500 titles to date, some of which now the standard references in their fields. Subjects vary from photography to William Blake, form Mayan writing to Albrecht Dürer’s alphabet book. Grolier Club also published a collection of bibliographical works, nicknamed the “Grolier hundred” catalogues, with selections in literature, science, and medicine, including One Hundred Books Famous in Medicine (1994) and A Century for the Century: Fine Printed Books 1900-1999 (1999). Other notable titles from Grolier Club include the 1889 edition of Richard de Bury’s Philobiblon; Rudolph Ruzicka’s 1915 New York, a hymn to the city in color wood-engravings; and Stanley Morison’s stunning 1933 edition of Fra Luca de Pacioli.

Many of the publications have been printed and designed by the leading book artists and typographers such as Theodore Low De Vinne, D. B. Updike, Bruce Rogers, Stanley Morison, Joseph Blumenthal, the Mardersteigs, and Jerry Kelly.

The Grolier Club maintains a research library — that is, a 100,000-volume collection of books about books — with focuses on author and subject bibliographies, histories of printing, publishing, collecting, and more.

Grolier Club publications have no indication of printings within an edition. All printings of the first edition carry the same identification and only second printings with changed or added material are indicated.