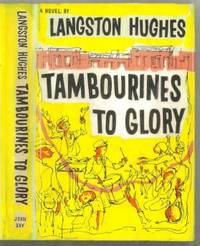 Named after an Elizabethan printer, John Day Co. was founded by Richard J. Walsh in 1926. The New York firm specialized in illustrated fiction, publishing the likes of Irving and Peggy Adler, as well as current affairs books and pamphlets, working with organizations such as National Geographic Magazine, The New Republic, and the Theatre Guild. In 1974, John Day Co. was sold to Thomas Y. Crowell Co.

First editions from John Day Co. generally have no statement on first editions and no additional printings indicated on the copyright page, though few publications may state “First Published (Month, Year)” on first editions. In the 1970s, the company began using a sequence of numbers on the last printed page with “1” present to indicate a first edition.