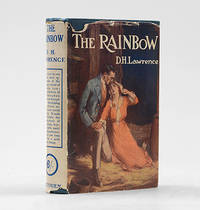 As a side project to his teaching, Sir Algernon Methuen began to publish and market his own textbooks under the name Methuen & Co. in 1889. Three years later, the publisher had its first substantial success: Rudyard Kipling’s Barrack-Room Ballads (1892). Methuen soon experienced rapid growth, publishing Oscar Wilde’s De Profundis (1905) as well as the works of Marie Corelli, Hilaire Belloc, and Robert Louis Stevenson.

In 1910, Methuen was converted into a limited liability company with E.V. Lucas and G.E. Webster joining the founder on the board of directors. Lucas, who had previously been involved in children’s literature with the publisher Grant Richards, developed Methuen’s list of children’s books, signing authors A.A. Milne and Kenneth Grahame, among others.

After publishing D. H. Lawrence’s The Rainbow (1915), the British Director of Public prosecuted Methuen for obscenity. Methuen had no defense against the accusations and, as a result, the remaining stock of 1,011 copies were seized and burnt. Following the ban, The Rainbow was unavailable in Britain for 11 years, although editions were available in the United States.

Methuen was commissioned to translate Hergé’s Adventures of Tintin into British English in 1958. However, insisting that books featuring British characters should undergo major changes, Methuen altered the series of classic Belgian comic strips. Some of the most significant revisions were made to The Black Island, which was set in Great Britain and first published in French in 1937. Methuen decided that the work did not reflect Great Britain accurately, noting a list of 131 “errors,” which prompting revisions such as making British police unarmed and ensuring scenes of the British countryside were more accurate for discerning British readers. The resulting 1966 edition, dramatically updated and redrawn, is now most the widely available.

In the late 1905s, Methuen became a part of the conglomerate Associated Book Publishers (ABP). When Thomson Organization acquired ABP, Methuen was sold and resold a number of times until it bought itself out in 1998. The company continues to publish today.