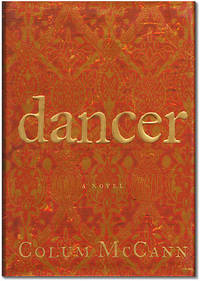 Metropolitan Books was established in 1995 with the hope of highlighting unconventional, uncompromising, and sometimes controversial voices. One of five imprints under Henry Holt, one of the oldest publishers in the United States, Metropolitan Books publishes novels, graphic novels, memoirs, and short stories by provocative and original American and international authors on a variety of topics, including politics, history, social science, and cultural criticism. Notable works from the publisher include Anthony David’s The Patron: A Life of Salman Schocken, 1877-1959; Meline Toumani’s There Was and There Was Not: A Journey Through Hate and Possibility in Turkey, Armenia, and Beyond; and Atul Gawande’s Being Mortal: Medicine and What Matters in the End, an L.A. Times Book Prize Finalist.

In 2003, Metropolitan launched The American Empire Project, a collection of books dedicated to bringing progressive voices on U.S. politics and policy to mainstream audiences. Put more bluntly, the collection features short, argument-driven books that explore — and ultimately challenge — the concept of American imperium, while suggesting alternate ways of thinking about, confronting, and acting in a new American century.

Metropolitan Books has published multiple works by Noam Chomsky, a renowned linguist, social justice activist, and anarcho-syndicalist advocate, as a part of this initiative, including Hegemony or Survival: America’s Quest for Global Dominance (2003), Imperial Ambitions: Conversations on the Post 9/11 World (2005), Failed States: The Abuse of Power and the Assault on Democracy (2006), What We Say Goes: Conversations on U.S. Power in a Changing World (2007), and Power Systems: Conversations on Global Democratic Uprisings and the New Challenges to U.S. Empire (2013).

The following titles were also published through the imprint’s American Empire Project: Michael T. Klare’s Blood and Oil: The Dangers and Consequences of America’s Growing Petroleum Dependency, El Fisgón’s How to Succeed at Globalization: A Primer for Roadside Vendors, and Bill Kauffman’s Ain’t My America: The Long, Noble History of Antiwar Conservatism and Middle-American Anti-Imperialism, among others, through The American Empire Project.